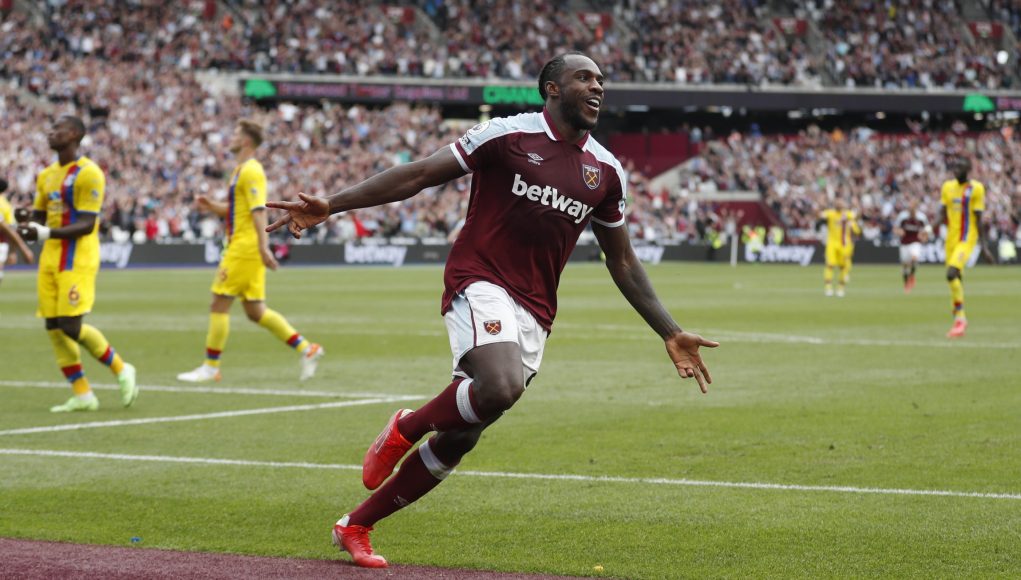 West Ham travel to Southampton on Saturday afternoon, looking to make it four matches unbeaten at the start of the new Premier League season.

Having thrashed Newcastle and Leicester, and drawn at home to Crystal Palace last time out, David Moyes’ side go into this clash at St. Mary’s Stadium 2nd in the Premier League with the joint-best attack with 10 goals scored.

One player who has been the standout performer behind the Hammers’ superb start to the season is Michail Antonio, who already has four goals and three assists to his name, and was this week named Premier League Player of the Month for August as a result.

The Jamaica international has developed into one of the most feared strikers in the Premier League after spending several seasons at the club operating as a utlity squad player, often being used as a right-winger or right-back.

But his newfound position as West Ham’s explosive lone-striker has led to him becoming the club’s all-time leading Premier League goalscorer.

And that’s something football journalist and big Southampton fan James Beavis is particularly worried about ahead of Saturday’s afternoon’s clash.

Beavis was speaking on the Opposition View section of the We Are West Ham Podcast earlier this week, and named both Michail Antonio and Said Benrahma as the top players he’s fearing the most when the Hammers arrive on the South Coast.

Beavis said: “I’m used to him bullying our defence and when we’ve got players like Bednarek and Stephens starting, I know that Antonio is going to go into this game knowing he’s going to bully them and I fully expect him to do that.

“He’s someone we love when he can’t play and we obviously we had him ourselves about 11 or 12 years ago so we know what he’s about, he was battering ram back then, even when he was playing out wide. But now he’s moved to the centre-forward position I think he’s been exceptional. So yeah, I’m worried about him this weekend.

“In terms of other players, someone like Benrahma, who can perform in the attacking third, those little areas outside the penalty area where maybe we don’t always have that covered.

“I think he’s someone who could try and find those little pockets of space and make a real difference against our defence. So I think those two are the main ones I’m worried about. But West Ham have got a lot of players I would like in our team.

“With Antonio, make him captain of your fantasy team, that’s my advice. I think he’s going to have a field day.”