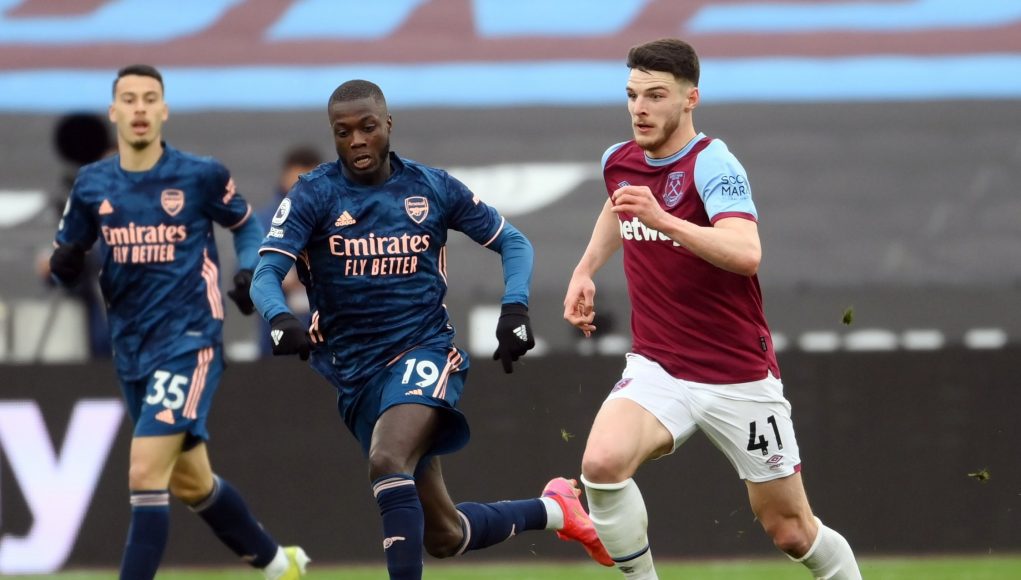 West Ham legend Tony Cottee has named the two things that will convince Declan Rice to remain at the club long-term.

Rice has been the subject of increased transfer speculation this summer, with reports consistently crediting the likes of Chelsea, Manchester United and Manchester City with an interest in signing the 22-year-old.

The Blues have perhaps been the most likely club to tempt him away from London Stadium, with some reports earlier in the summer suggesting Thomas Tuchel had made him his key transfer target.

But so far, Rice remains a Hammer and looks likely to continue at the club for this season at the very least.

No official bid has been made for the midfielder this summer, which has made the situation easier for the club to manage, but Rice has also not pushed for a move amid all the increased interest from Champions League clubs.

Having qualified for the Europa League, Rice will be playing in a European competition this season and that gives him another chance to showcase his own ability on one of the biggest stages.

He’s already done it on the very biggest stage, having started all of England’s matches at Euro 2020 earlier this summer, and he was arguably the best England player on the pitch in the final against Italy.

But Tony Cottee, who was speaking on the We Are West Ham Podcast earlier this week, believes that there are only two things that can keep Declan Rice at the club long-term, and that’s winning trophies and consistently playing in Europe.

Cottee said: “We’ve got to win a cup or get into Europe, they were always the two reasons to keep Dec at the football club. We got into the Europa League, we did flirt with the Champions League last year, which was a fantastic achievement in itself but we’re in the Europa League.

“Now, that is a big ask for West Ham United Football Club. The reasons are simple for that, we haven’t won a trophy for 41 years, that’s a fact, we can’t get away from that. We’ve sporadically played in Europe, Intertoto Cups and a couple of games about three or four years ago but we haven’t played in Europe too much, so that’s the size of the task to keep Dec.

“He’s a fantastic player. In my opinion, I think he was our best player for England in the Euro final. He was our best player and they took him off, which is absolutely staggeringly crazy decision in itself, I’ve never quite understood what Gareth Southgate was thinking.

“But that’s how good he is. To be the best player for England in a Euros final just says it all, but you can’t blame him for wanting to be successful. He’s 22, he wants to win, of course he does.

“Dec wants to stay at the football club, I’m quite certain that Dec wants to stay at our football club but somehow we’ve got to give him what he wants, and I really feel for David Moyes because to do that you’ve got to spend millions and millions of pounds to bring in other players that are the same quality as Declan Rice and that’s not feasible at the moment, we know that.

“So it’s going to be really difficult to keep him.”