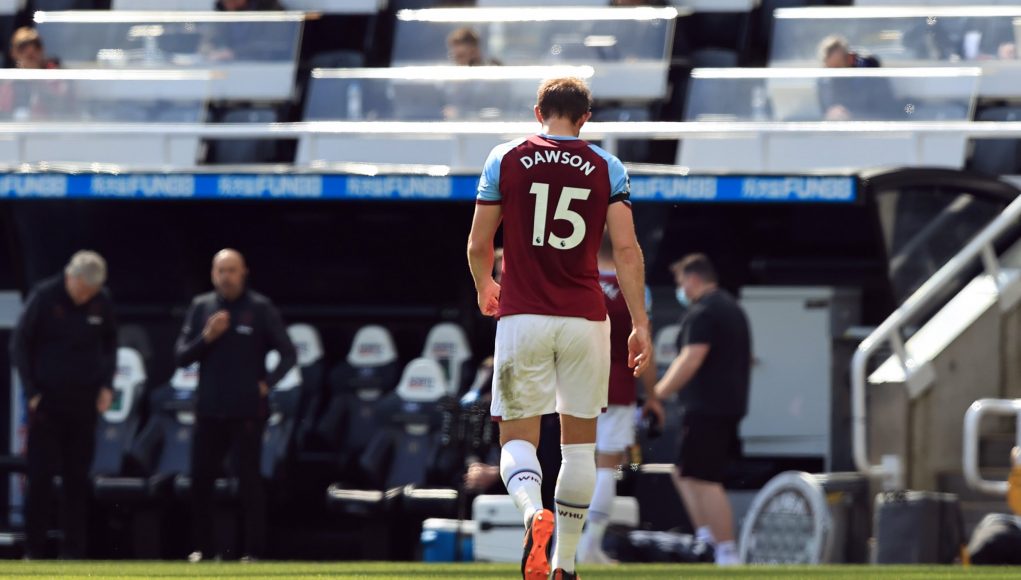 Despite West Ham’s superb rise from relegation candidates to top-six finishers, defensively they have often been suspect.

There can be no doubting the importance of Angelo Ogbonna at the heart of the Hammers’ defence, but a trusted partner has often been left wanting.

Craig Dawson’s introduction to life in claret and blue came somewhat unexpectedly having joined initially on loan from Watford and he spent his first three months in east London either watching from the bench or in the stands.

But an injury to Ogbonna in December last year gave the 31-year-old his chance to shine, and he did just that by winning Man of the Match on his debut in a 0-0 draw away at Southampton, going on to inspire the Hammers to four consecutive shut-outs in all competitions.

Dawson also proved to be a goal threat, scoring three times in his first seven appearances, adding a fourth to his tally by the time he’d reached 14 first-team outings.

Twenty-seven appearances later, the former West Brom defender remains in Moyes’ starting XI, but he has shown glimpses of shakiness of late that will have had the boss and fans worried in equal measure.

His reckless sending off in the first half of the 3-2 defeat at Newcastle in April was seemingly the beginning of it, while under-par performances against both the Magpies and Crystal Palace this season – where he was arguably responsible for at least two of the four goals conceded across the games – further amplified calls for summer reinforcements.

That has come in the way of two-time Premier League winner Kurt Zouma, who also helped Chelsea towards another Champions League triumph last season.

Zouma, 26, arrives with plenty of top-flight and European experience and is certainly an upgrade on Dawson as we head into a crucial, albeit exciting, era in east London.

And Reece Bayliss from the We Are West Ham Podcast believes that while it appears Dawson’s time in the starting XI is over, he remains a very important member of the squad, and will be trusted to perform whenever called upon in future.

Bayliss said on this week’s We Are West Ham Podcast episode: “He’s certainly earned his move to the club. When he came in, I was very unsure but I was actually going to praise him at the back end of last week’s podcast because, after that Newcastle game, he was getting a bit of a hammering.

“But I thought in the Leicester game he was good up against Vardy. I think, obviously, we do lack a bit at the back so hopefully, Zouma will come in, partner up with Ogbonna, and hopefully, they’ll hit it off straight away.

“One thing I will say is, you will know if Dawson does come on, he’s going to give 110%. I don’t think he’s the sort of fella who is going to be doing a lot less in training, than someone like a Diop might.

“I think we will always have him to rely on, he might be used in Europe and things like that but certainly it showed on Saturday [against Crystal Palace] that we did need reinforcements at centre-half, and we have needed that for two years.”