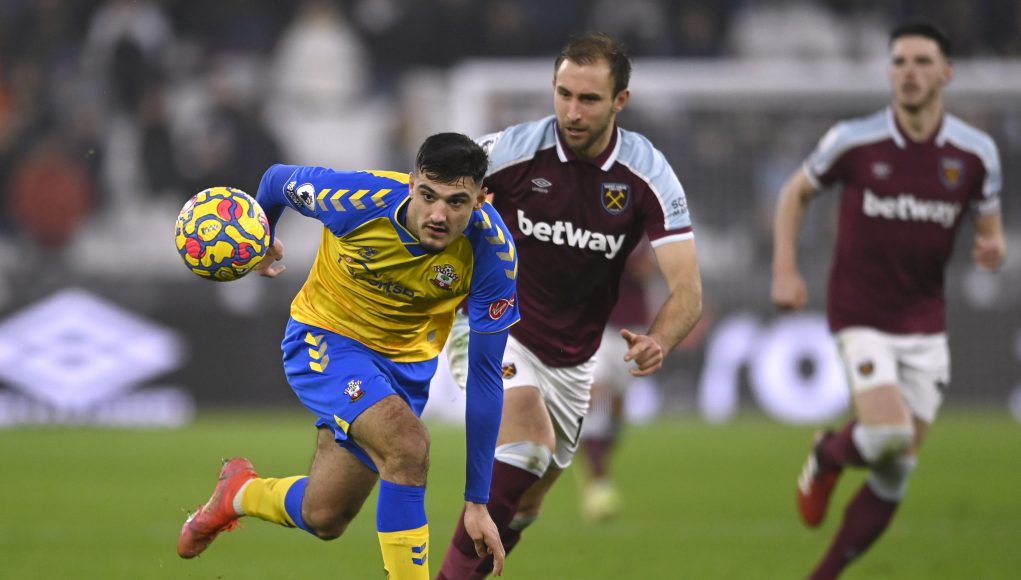 The Hammers announced the £30.5m arrival of the Italy international earlier this week, which ended an 18-month signing search for a replacement for Sebastien Haller.

Scamacca’s arrival alleviates a lot fo the pressure on Michail Antonio’s shoulders after the forward was made to deliver as the club’s only first-team striker since Haller was sold to Ajax in January 2021.

As a result, the Hammers’ interest in Chelsea striker Armando Broja appears to have gone quiet after Blues boss Thomas Tuchel insisted he wanted to keep the Albanian and reports claimed the West London club were only keen on allowing the striker to leave on loan, with David Moyes preferring a permanent deal.

But Jones thinks West Ham still need to bring another striker in alongside Scamacca and thinks a loan for Broja should be followed up by Moyes and his recruitment team before the end of the window.

Speaking on the We Are West Ham Podcast just before Scamacca’s official arrival in east London, Jones said: “I’d like us get another striker, I think we need three strikers.

“I know [Jarrod] Bowen can play there but if we can get Broja in as well, I’d be happy.

“If we were only going to sign one [striker this summer] I’d have liked to have signed Broja [over Scamacca], but ideally I’d like us to sign both.

“Apparently Chelsea are only willing to let him go on loan. Loan him then. Loan him. Stick a clause in his contract that means we’ve got first dibs on him next summer.

West Ham are still in the market for a left-back and a central midfielder, with reports claiming Eintracht Frankfurt’s Filip Kostic and Lille’s Amadou Onana are two players David Moyes is trying to get over the line next.

And Jones explained that if the Hammers can complete all of that business, he would be happy with the transfers made this summer, despite the recent injury to Nayef Aguerd.

“If we can get Scamacca in, get Broja in, Onana and then Kostic, those four players, I will be happy,” he continued.

“I think Aguerd, I know he’s injured and probably going to miss the [Manchester] City game, but I think he is very, very good centre-back.”