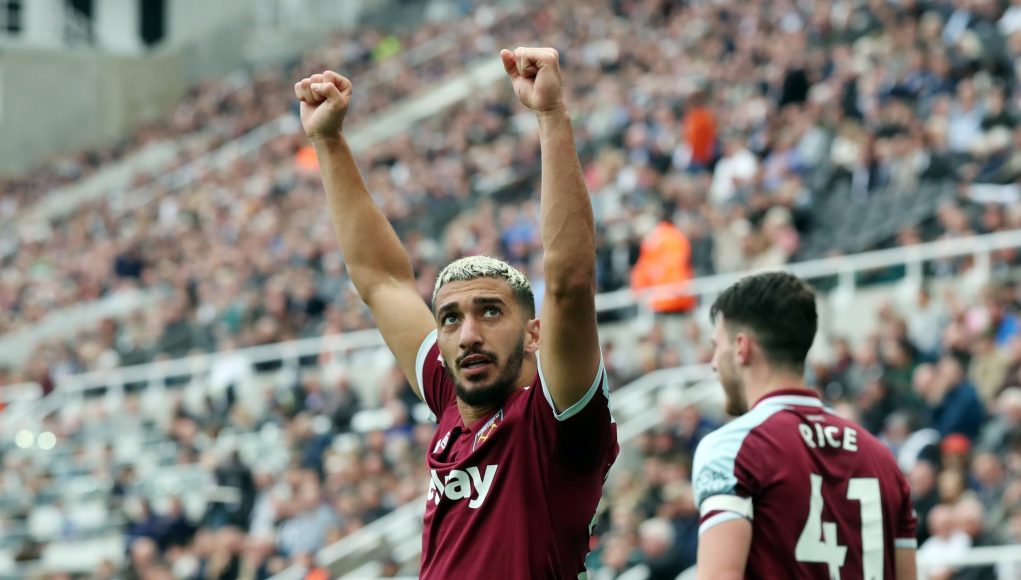 West Ham legend Tony Cottee has hailed Said Benrahma as having the potential to be the Hammers’ next Dimitri Payet.

The Algeria international arrived under much fanfare from Brentford last summer, with many expecting his flair, creativity and eye for goal to excite fans, much in the way Dimitri Payet did between 2015 and 2017.

However, Benrahma struggled for regular game time under David Moyes during his first season, only starting 14 of his 30 Premier League appearances in 2020/2021.

But he has impressed heavily in pre-season and got his season off to the perfect start with a goal and assist in West Ham’s 4-2 thumping of Newcastle at St. James’ Park last weekend, leading to many fans now expecting to see the 26-year-old to be one of the star players of the 2021/2022 campaign.

And Cottee insists that the Algerian has it in his locker to be that player and maintains the fact he can be West Ham’s new Payet, who wowed fans following his arrival from Marseille in 2015 with skill, flair, creativity and a sensational ability to score free-kicks – the Frenchman scored 15 goals and notched 23 assists in 60 first-team appearances for the club before forcing a move back to Marseille two years later.

Speaking on the We Are West Ham Podcast earlier this week, Cottee said: “At the moment we haven’t got Jesse Lingard in the squad but we’ve got Said Benrahma and I said, when we bought this guy, I said we are signing an exceptional talent.

“I saw enough of him, I saw quite a lot of the Brentford games, and I saw enough of him knowing that he could potentially be our new Dimitri Payet. That was what I said at the time, I’ve seen nothing to change my mind.

“I think what he did need, he just needed to have a proper pre-season, be a part of the lads and be firmly established in the squad because sometimes we all forget just how difficult it can be for a player moving from another club.

“He was going up a division as well, so he had to deal with that. You’re only moving across London, I understand that, but you’re still perhaps moving house or changing school for your kids, keeping the missus happy, all these things come into it.

“So we saw glimpses of him last season but I think in pre-season, his goal against Brentford was a great goal, he got on the scoresheet on Sunday and we’re now starting to see that player and if he’s got the confidence and the belief that the manager’s going to play him, and he’s going to be in the team every week, I think we’ve got a real, real sensational player on our hands, I really do.”