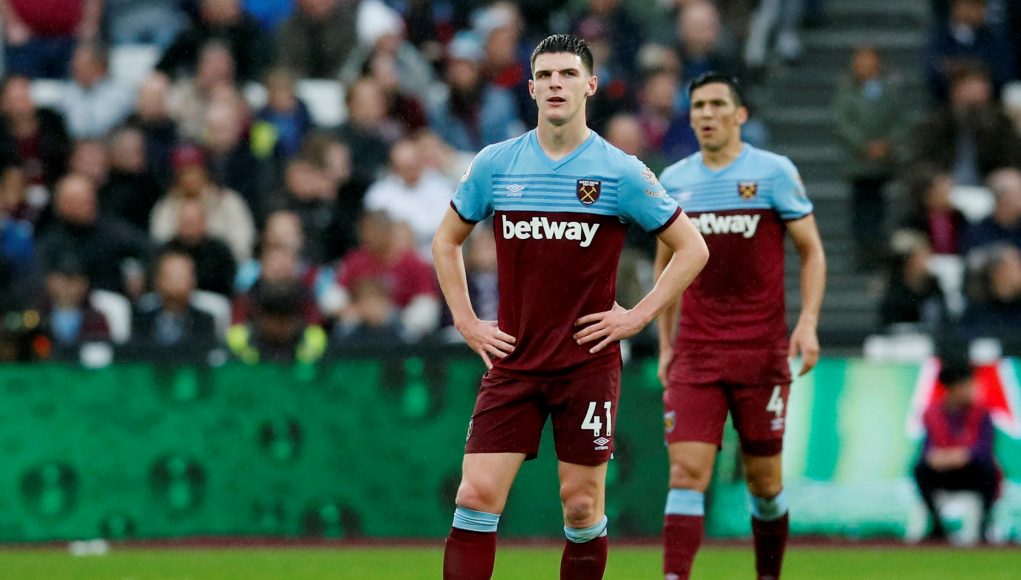 A lot of West Ham United fans are happy with Declan Rice’s performances amid claims that he is not playing well for the Irons.

The 20-year-old has received criticism for his displays in an England shirt, and some Hammers supporters think that this could be affecting his West Ham performances.

A quick look at Rice’s stats shows that he has made 3.3 tackles per game, 2.2 interceptions per game and has an average rating of 6.98 in the Premier League. This would indicate that in his role as a holding midfielder, he is performing well and that any criticism against Rice can be deemed as harsh.

He is not in the team to create and score goals, and at the moment, that is the Hammers’ problem – so any flak aimed at Rice for West Ham’s current issues is unwarranted.

See the best of the reaction below.

Do you think the criticism of Rice for England is affecting his club form? #WHUFC

I think it’s more what’s around him, for me Rice has been pretty solid this season

No he was our best player last game

No not at all , are you saying that you think he has played badly then ?

He was our best player last game……

No, been playing well