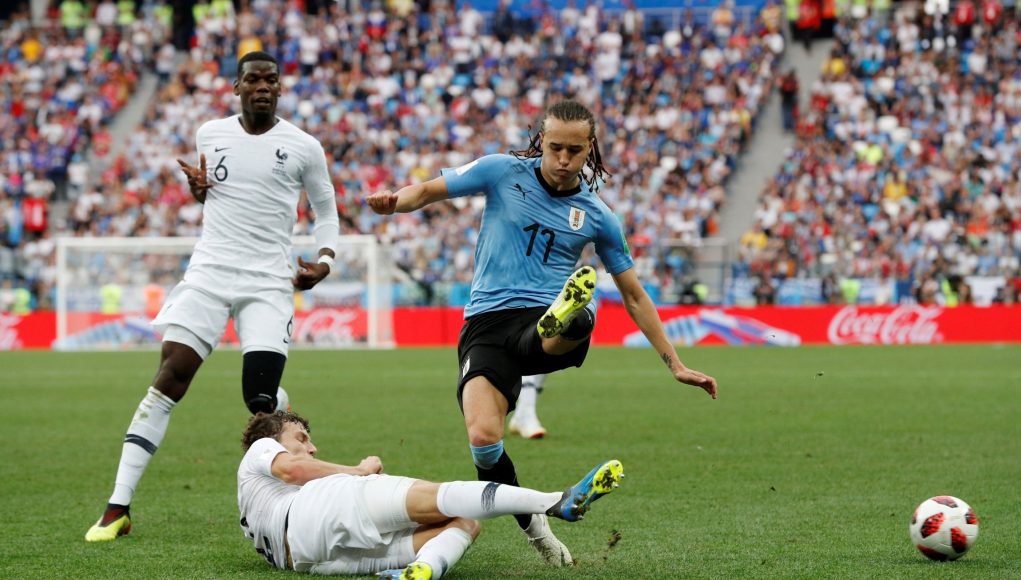 West Ham boss Manuel Pellegrini has already invested heavily into his squad this summer but continues to eye further deals.

A defensive overhaul is already well underway following the captures of Ryan Fredericks, Issa Diop, Fabian Balbuena and goalkeeper Lukasz Fabianski but a left-sided player is now in the club’s sights.

Italian outlet TuttoMercatoWeb state that the Hammers are fighting Everton for the services of Genoa full-back Diego Laxalt, who impressed at the World Cup with quarter-finalists Uruguay.

Both interested Premier League sides have been informed that the 25-year-old’s services will command a fee of €20m (£17.7m), which would take West Ham’s reported summer spending beyond the £100m mark.

Manuel Pellegrini currently enters the 2018-19 with Aaron Cresswell and Arthur Masuaku as options on the left-side but Laxalt can be considered to be an upgrade – and his versatility means he could also be utilised further forward.

Laxalt has spent the last two years with Genoa after making a loan move from Inter Milan permanent and boasts 10 caps for Uruguay.