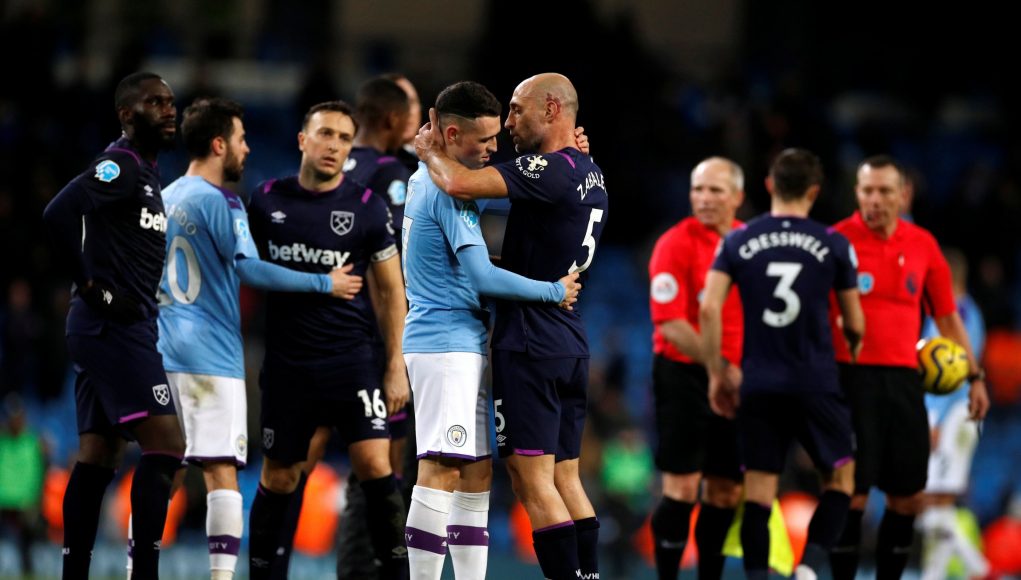 With a lack of football to keep us entertained, we are diving into West Ham United’s history; take a look at five times the Hammers triumphed over Manchester City.

City’s recent dominance in English football has made victories against them something of a rarity for most football clubs, but the Hammers have conquered that challenge more than once.

West Ham’s widest margin of victory against the Citizens dates back to 1963, defeating them 6-1 in Division One. 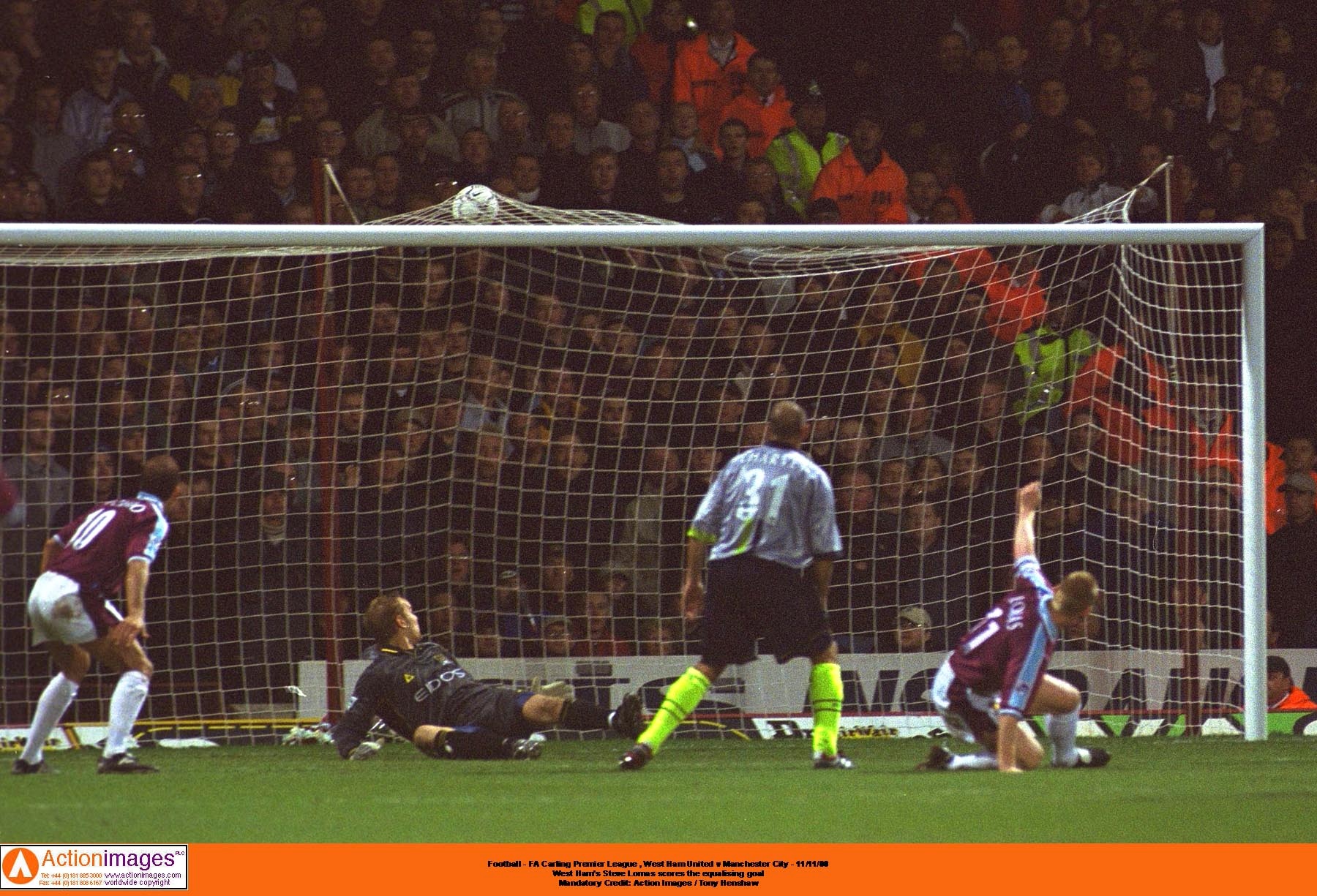 West Ham were trailing 1-0 at half-time courtesy of Spencer Prior’s 32nd minute strike and the hosts had it all to do in the second period.

What followed was a special second-half performance. Goals from Steve Lomas, Trevor Sinclair, Ian Pearce and Paolo Di Canio gave the claret and blue faithful a day they would never forget. 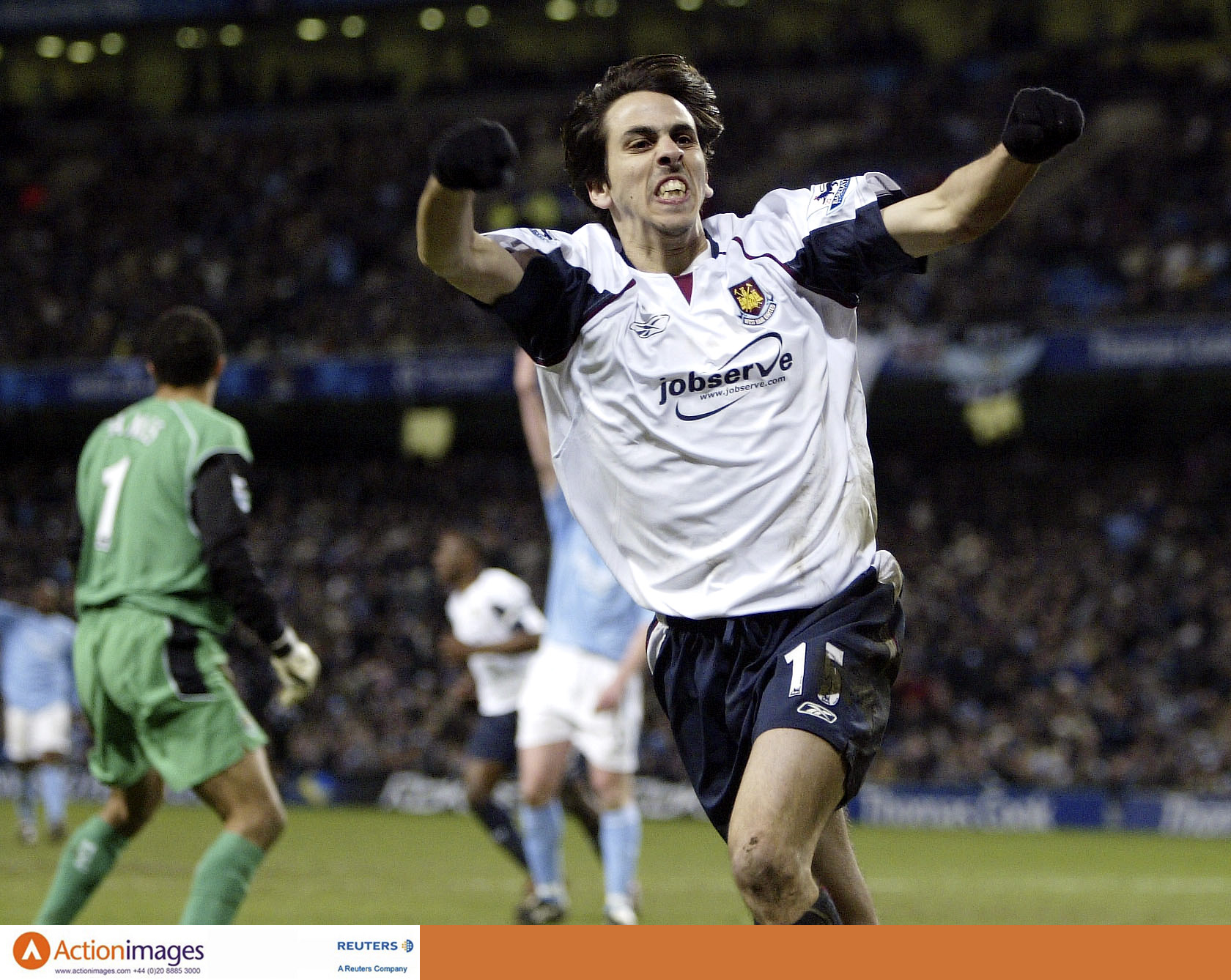 Every West Ham fan believed this would be the year they would see their beloved club lift the FA Cup. It wasn’t to be, but the quarter-final clash on away soil was one to remember.

Dean Ashton netted either side of half-time to put the Hammers in a commanding lead, and Kiki Musampa’s late strike remained nothing but a consolation. An outstanding day for the travelling supporters. 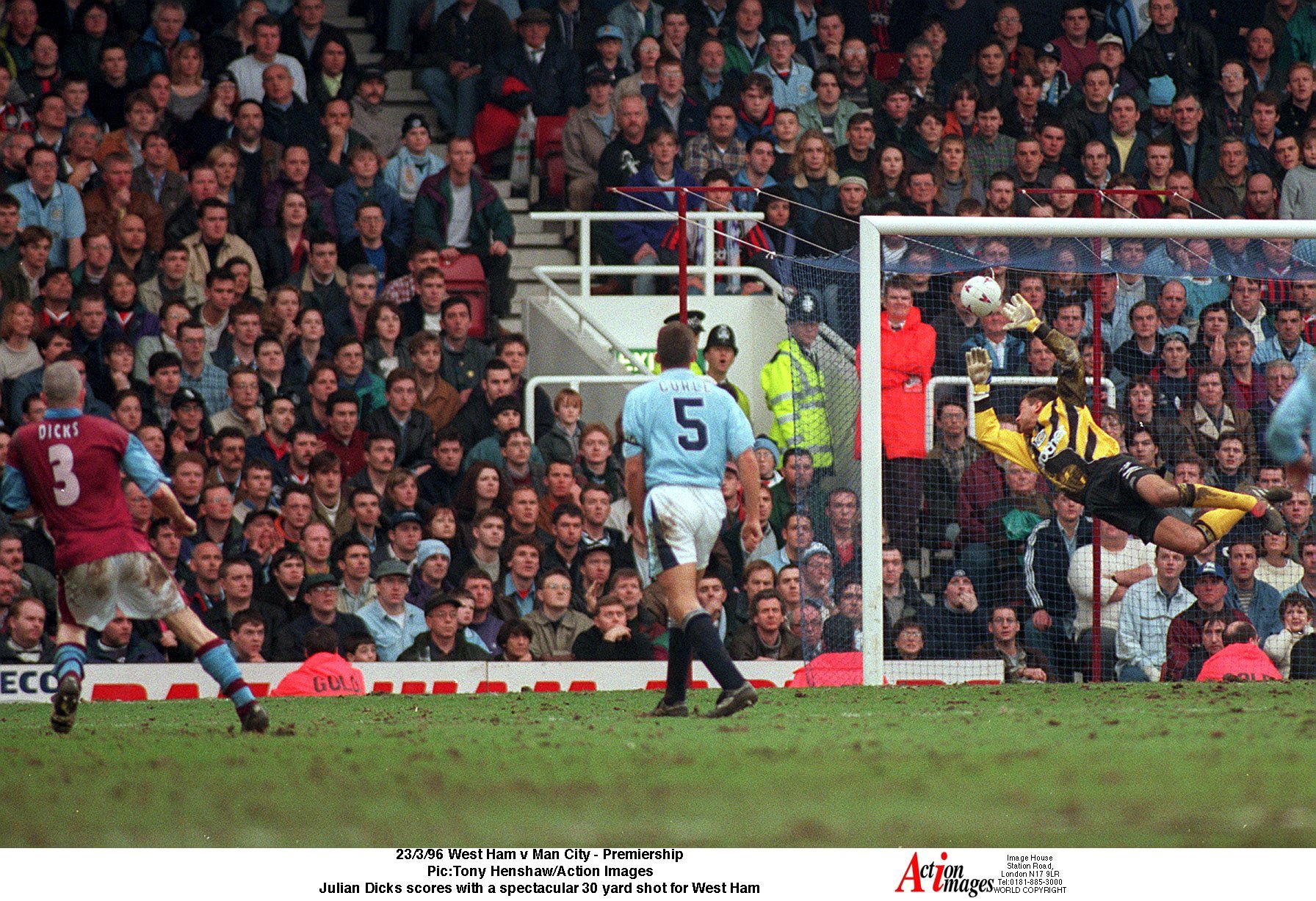 That Julian Dicks strike. That feeling. That moment. Upton Park was rocking when these two sides met in the Premier League in 1996 and it was certainly one for the memory books.

Ian Dowie’s brace gave the Hammers a comfortable lead before Niall Quinn’s 76th minute strike gave City hope. However, Dicks’ wonderstrike restored the two-goal margin before Dani Carvalho made it 4-1, only for Quinn to score a late consolation.

An emphatic victory, an emphatic performance. What a day. 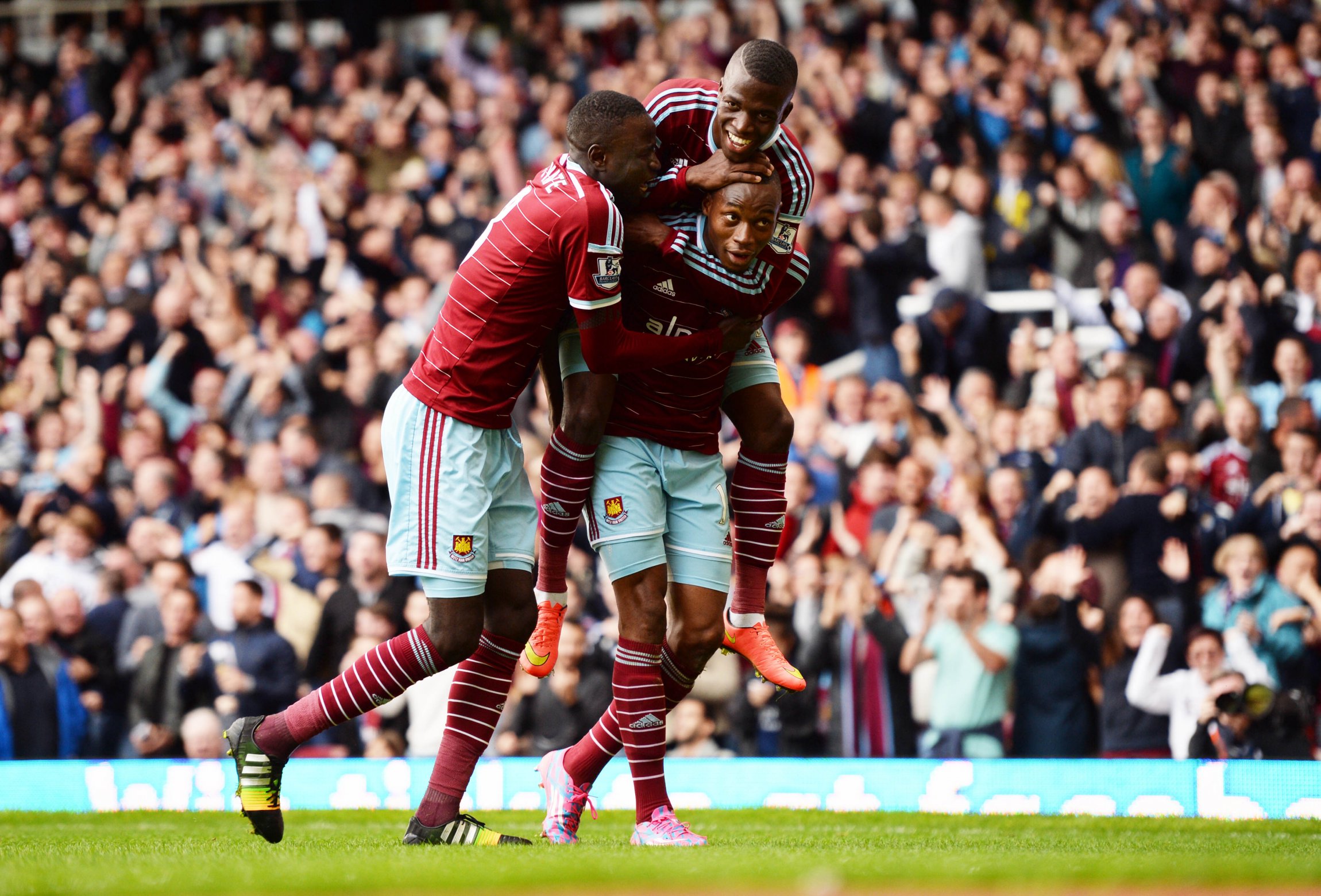 Sam Allardyce’s side were flying in the Premier League and when City came to the Boleyn Ground, the Hammers put up a gargantuan effort to collect all three points.

Morgan Amalfitano gave West Ham the lead in the first half and when Diafra Sakho’s header in the 75th minute put the Hammers 2-0 ahead, what followed was unprecedented celebrations. David Silva did grab one back for City, but the Irons remained firm to triumph. 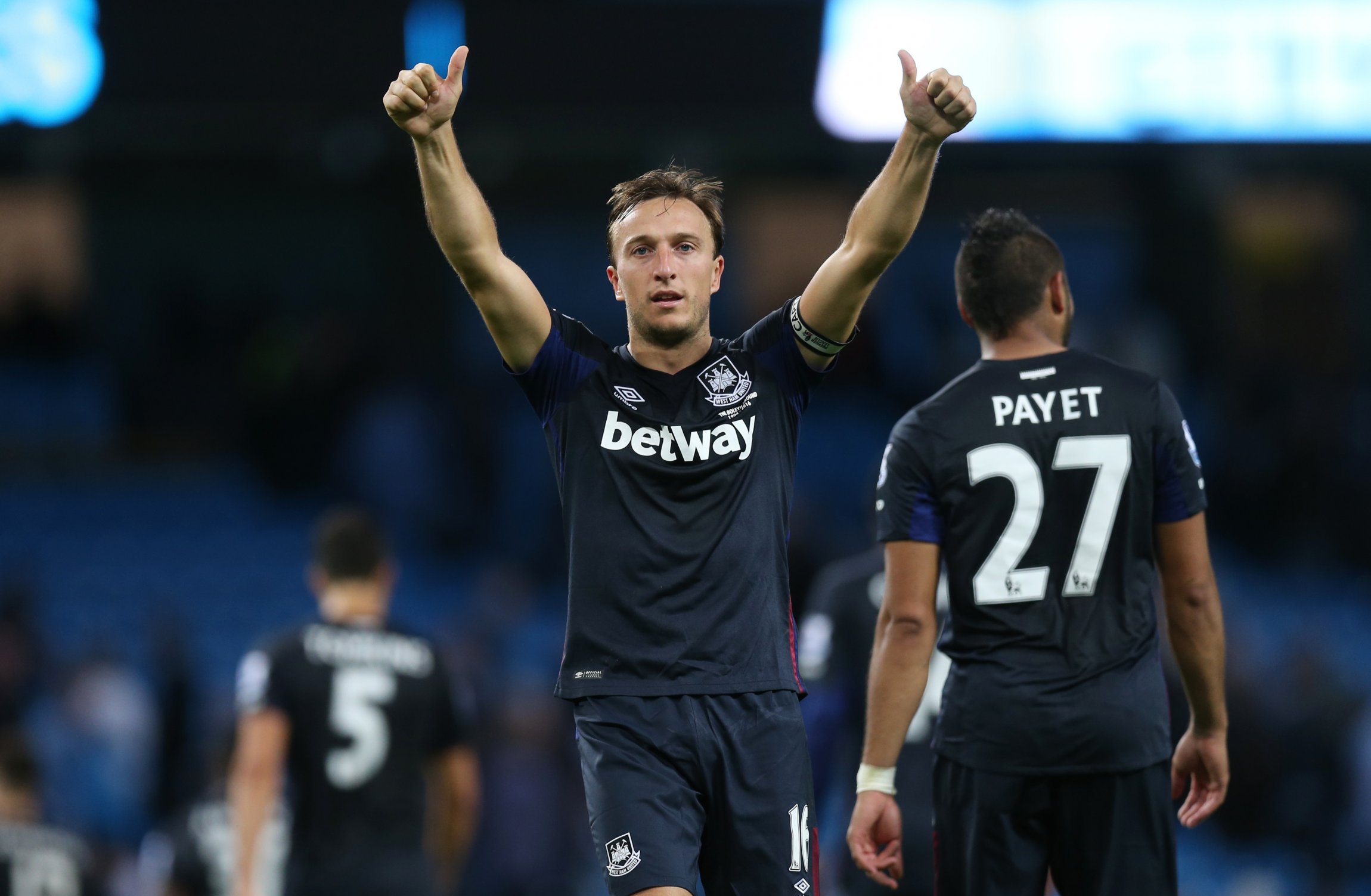 What a win. What a moment. What a season. The 2015/16 Premier League campaign was special for West Ham, and this victory at the Etihad Stadium when odds defied them was exceptional.

Two first-half goals from Victor Moses and Diafra Sakho raced the Hammers into a shock lead; Kevin De Bruyne’s strike just before half-time made the travelling fans fear the worst.

But Slaven Bilic’s side had something unique about them in the 2015/16 season. They remained compact, fighting for everything and ultimately, got what they deserved and held onto all three points.