West Ham are still favourites to sign Jesse Lingard this summer, despite recent reports suggesting a deal to bring him back to east London is all but dead.

Lingard has been at the very top of David Moyes’ wishlist this summer after the midfielder registered nine goals and five assists in 16 Premier League appearances while on loan at London Stadium last season.

But a reported £30m asking price and Lingard’s huge wage demands had appeared to end any hope of bringing him back permanently ahead of the 2021/2022 campaign.

It has also been suggested that Lingard is hoping to stay at Old Trafford and fight for his place, while other reports this week have hinted that even if he were to leave United before the end of the current transfer window, Lingard would prefer to move abroad over a West Ham return.

But bookmakers still have West Ham down as clear favourites (2/1) to be his destination should Ole Gunnar Solskjaer allow him to leave in the coming weeks, with Everton far behind as second-favourites (10/1).

Tottenham, Arsenal and Leicester City are the other Premier League clubs in the mix, while the likes of Atletico Madrid, Roma, AC Milan and Real Madrid just a few of the foreign clubs bookies believe may have an outside chance of signing him. 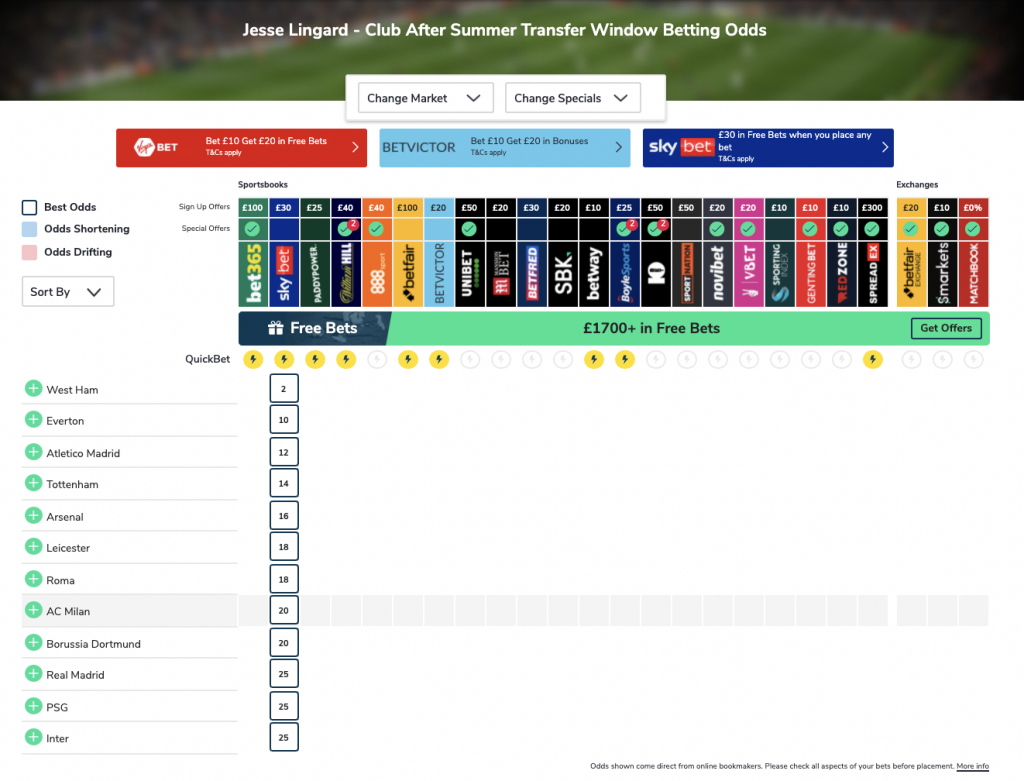