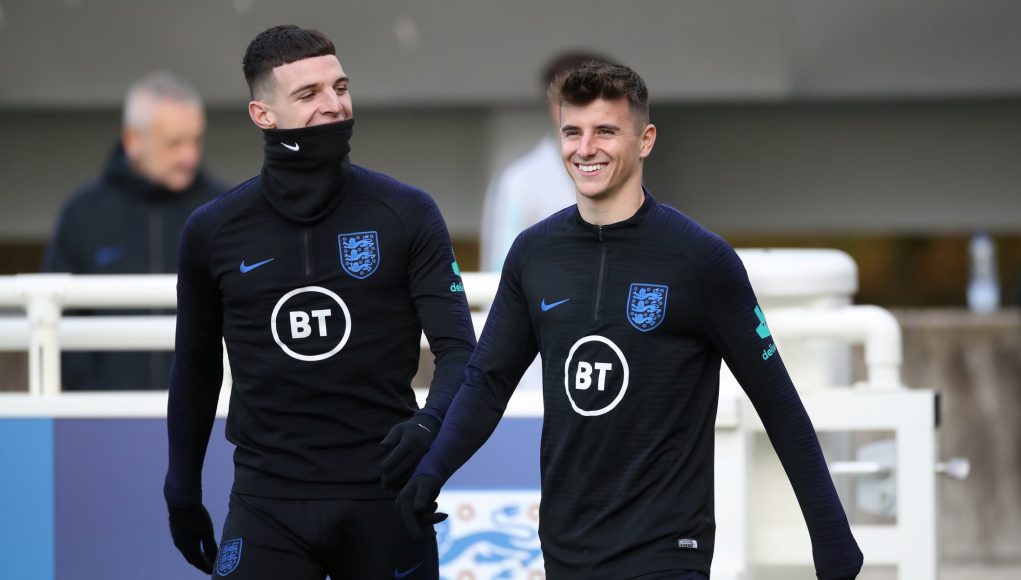 West Ham United youngster Declan Rice will rematch England team-mate Mason Mount in a game of FIFA 20 tonight…but this time with a twist.

The 21-year-old emerged victorious over his close-mate Mount in the last outing, claiming a 3-2 win with both representing their club on the virtual game.

However, this time the rematch is hosted by Copa90 and they revealed that former Hammer Rio Ferdinand will be hosting the clash.

In a tweet on social media, Copa90 stated: “Two new players. They grew up playing football together. Have broken into the Premier League together. And now go head-to-head together.”

In the first match-up, Mount’s side were reduced to 10-men early on after Kurt Zouma saw red, and the Chelsea midfielder will be seeking revenge when the pair meet tonight.

You can watch the rematch on the Copa90 channel this evening.

And the announcement sparked plentiful reaction from fans on social media…

will they get the speed up lag too tho

Time for another schooling @_DeclanRice ⚒⚒⚒

@masonmount_10 better not lose this time