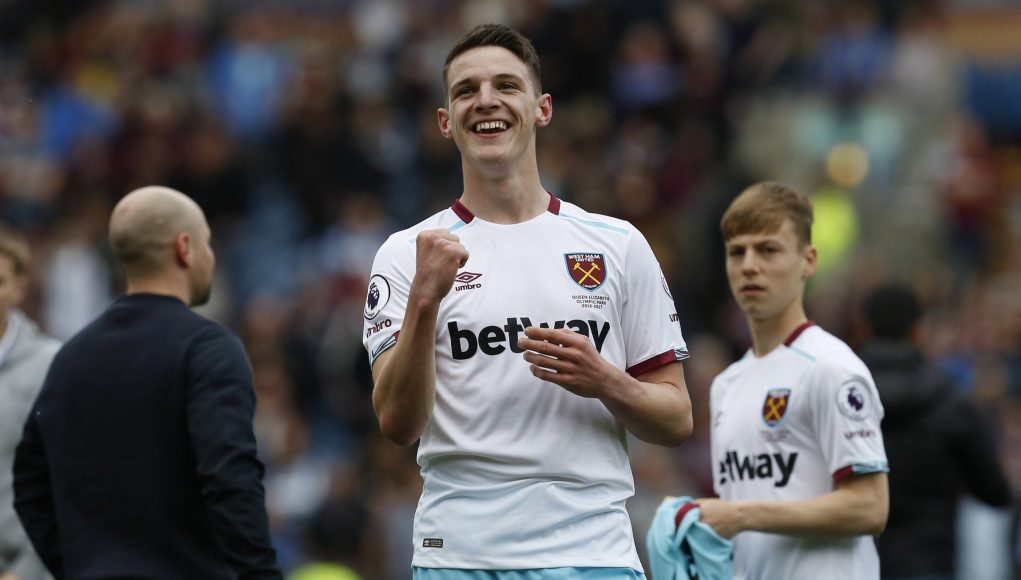 West Ham remain locked in contract negotiations with Declan Rice but there is no signs of a conclusion to the saga anytime soon.

Claret & Hugh state that Rice has been offered a basic wage of around £18k-a-week, plus £10k in bonuses, but the teenage defender’s entourage are eyeing an initial deal worth £36k-a-week.

Currently earning just £3k-a-week, West Ham are determined to secure the Republic of Ireland international to a long-term deal after his breakthrough campaign for the Hammers last term.

However, first-team opportunities could be reduced under Manuel Pellegrini following the captures of Issa Diop and Fabian Balbuena, while the Hammers continue to be linked to more defensive targets.

If a conclusion is not found in the coming weeks, West Ham are prepared to table negotiations until the new season and that would leave Rice in a difficult position due to his current wage, which may hand the Hammers the advantage in negotiations.