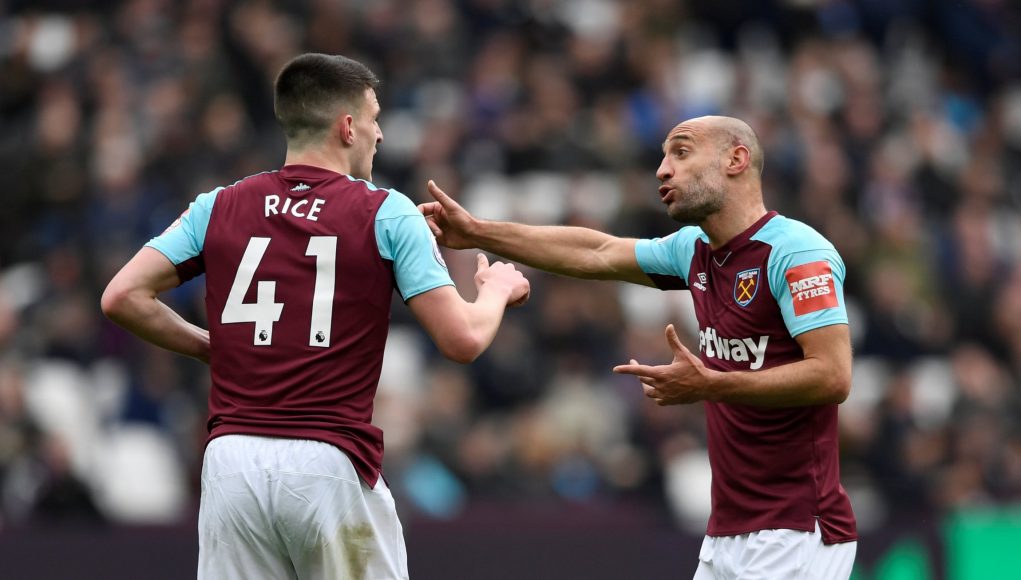 There hasn’t been too much to celebrate at West Ham this season but the rise of a certain young defender has definitely caught the eye.

19-year-old Declan Rice was thrusted into the first-team amidst the Hammers’ injury woes in defence and has grabbed his opportunity with both hands, establishing himself as one of the first names on the team-sheet.

His performances earned the teenager an international call-up to represent the Republic of Ireland and the former Chelsea youth prospect has quickly become a fan favourite at the London Stadium.

Reportedly poised to sign a new contract imminently, Rice has reassured fans that he’s not looking to continue his career elsewhere and has committed himself to the club’s cause.

Speaking to West Ham’s official website, he stated his desire to remain within the club’s first-team ranks.

“The fans have been excellent.”

“At the start of this season they didn’t really know who I was but now they are singing my name and asking for stuff. It’s special.”

“I want to stay at West Ham. I want to keep playing for this club and hopefully next season I can keep playing and make more appearances.”