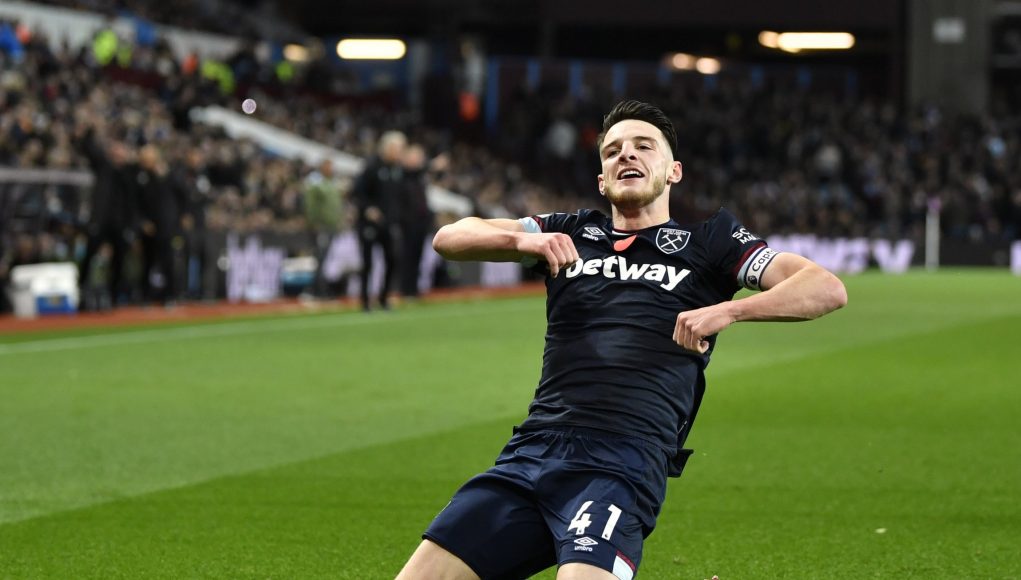 Declan Rice was at his wonderful best on Sunday afternoon as West Ham thrashed Aston Villa 4-1 at Villa Park.

After assisting Ben Johnson’s 7th-minute opener, the England international smashed in a low drive from 25-yards in the 38th-minute to cancel out Ollie Watkins’ equaliser just four minutes earlier.

Rice just seems to be getting better and better with each passing game and his performance on Sunday afternoon was evidence of that, as he recorded some superb stats across the 90 minutes.

To add to his goal and assist, the 22-year-old made two key passes, completed four tackles, registered two interceptions and had an 87.2% pass accuracy.

That’s some return and so his Man of the Match was more than deserved.

The midfielder took to Instagram shortly after the game to register his delight with his goal and the three points, posting just a big smiley face emoji as his comment, alongside a photo of him celebrating his first-half effort.

And fans were quick to react, commenting with the likes of “just stay forever” and “baller.”