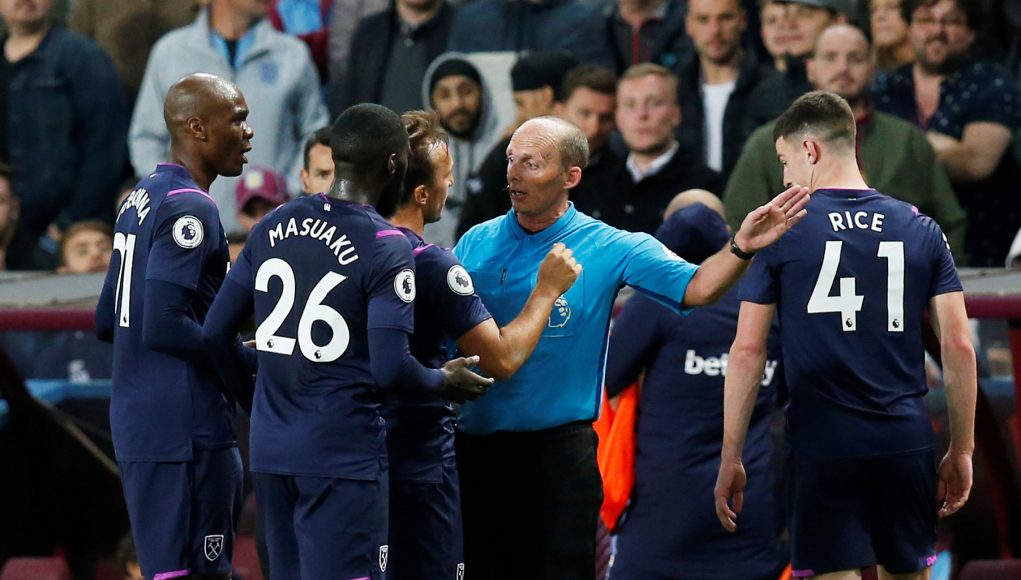 West Ham United earned a point away against Aston Villa on Monday night, despite seeing Arthur Masuaku sent off by Mike Dean after 67 minutes, as per WhoScored.

The Hammers fought well to prevent the opposition scoring, with the game under the lights at Villa Park ending 0-0.

While there were some who debated about the level of performance in the comments, there were plenty who had their thoughts on one man: the referee.

A variety of his decisions received scrutiny from the Hammers faithful, including Masuaku’s second yellow and Ryan Fredericks’ penalty shout being turned down.

According to WhoScored, in 296 Premier League games, Dean has handed out a total of 1,099 yellow cards and 57 reds, while he was found to be the second-most ‘card happy’ referee in the Premier League last season by The Mirror.

Was always gonna be only one winner tonight pic.twitter.com/FeeJg0UlsR

Don’t be excited about that, joke. Mike Dean is a useless excuse of a referee

We didn’t drop two. Mike Dean claimed two for himself.

Best league in the world – with the worst officials

Mike Dean cost us that game.