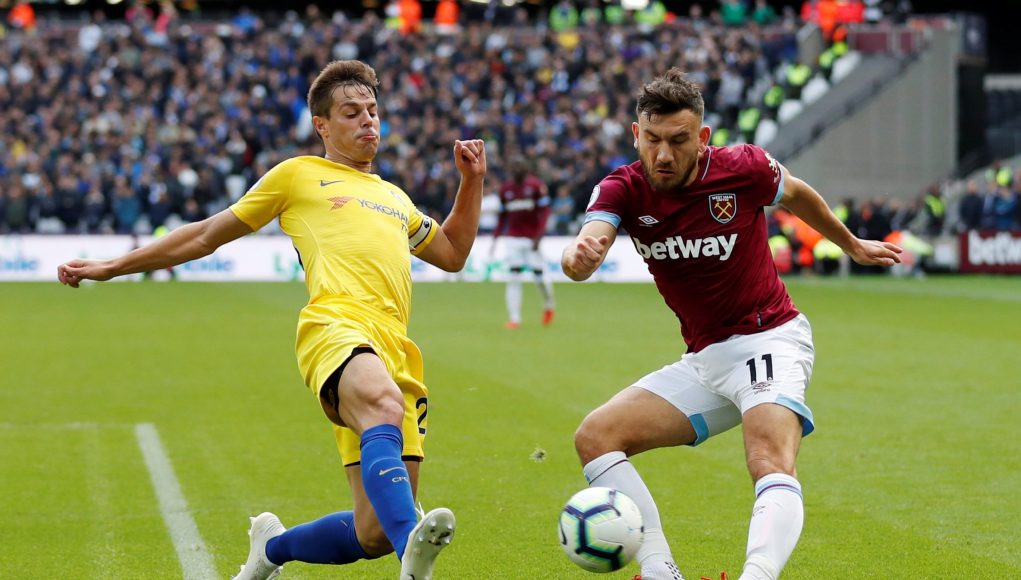 After our disappointing loss to Everton, we travel to Stamford Bridge to face a very strong Chelsea team on Monday night.

On paper this game may not appear be important. We are in mid-table 11th position, but have much to play for; avoiding defeat would restore the energy following that great 4-3 win against Huddersfield.

For this game, I am suggesting a very similar line-up to the one that beat Huddersfield recently. My main changes include starting an in-from Chicharito for Marko Arnautovic, who is still under an injury cloud. In central attacking midfield, Manuel Lanzini to start with Mark Noble and Declan Rice just behind. We could rely on a 4-4-2 formation or possibly an attacking 4-3-3?

The latter is the one I have chosen… 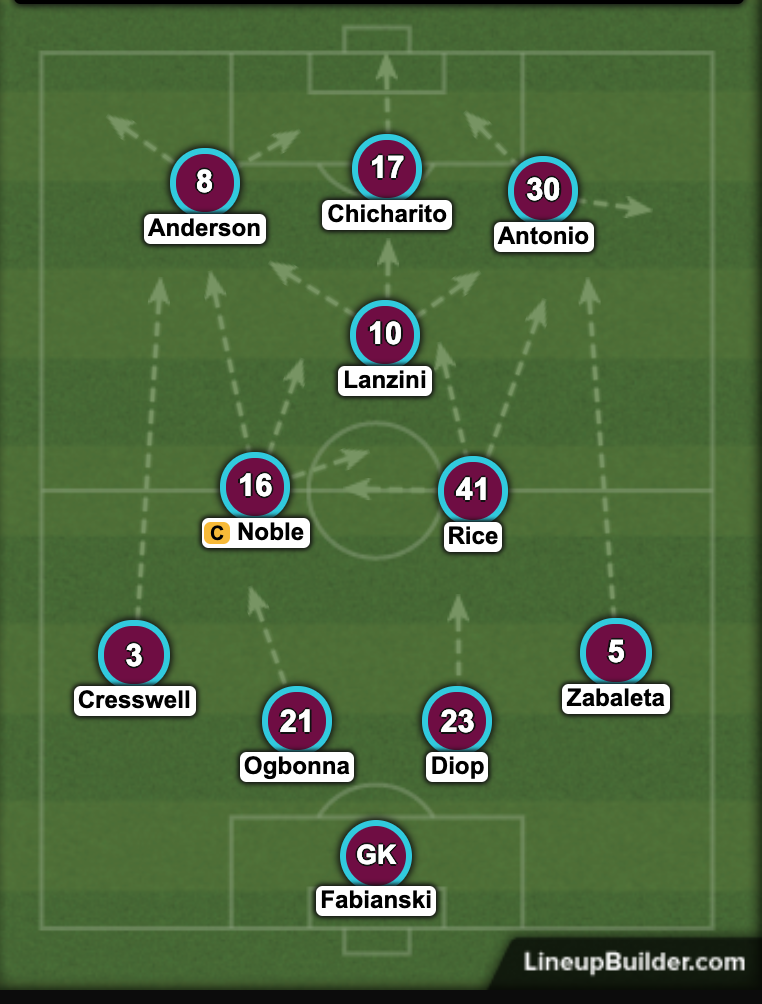 The back four has Aaron Cresswell and Pablo Zabaleta in the left and right full back positions respectively. Note that both players are slightly ahead of the central defence.

This allows Cresswell to continue with his strong moves and passing down the line to Felipe Anderson or towards central midfield where Noble and Rice could continue the momentum. In a similar vein, Zabaleta to push up to link up with Antonio on the right or again, central midfield.

In central defence, Issu Diop and Angelo Ogbonna to start and also dominate and cause problems from set-pieces. Both have proven to be in very good form.

Lanzini takes up the critical playmaking position between the central midfield and the attacking trio. This is where West Ham could compete and dominate, essentially providing four players in attack.

The three strikers see Anderson on the left flank and Michail Antonio on the right. Anderson is creative and Antonio is quick – a tremendous combination.

Up front, Chicharito should begin where he left off against Huddersfield. Possible variations may see Arnautovic on for Chicharito. Grady Diangana could play for Antonio, and Samir Nasri could also have a strong role.

If we fail to begin with stamina, the scoreline may be ugly. However, if we can maintain equilibrium, a surprise win is possible. On the latter assumption, I am predicting an unlikely away win, which may read,