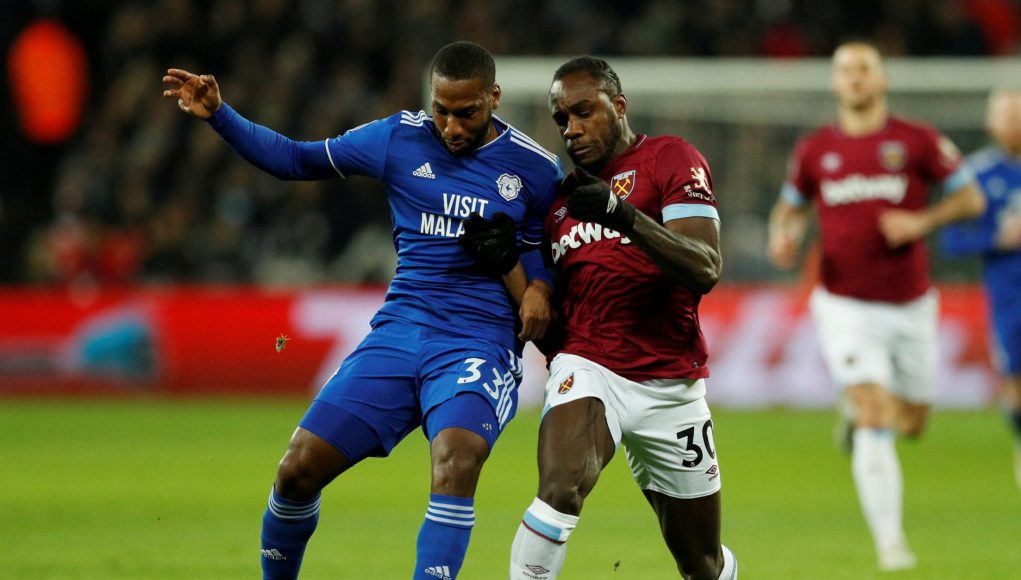 This afternoon we travel to the Cardiff City Stadium to face a team presently in 18th position and which is struggling in both defence and attack.

In the last three games, they copped a 5-1 loss to Watford, a 3-1 loss against Everton and a 2-0 defeat to Wolves. These sort of statistics must be of great concern to Neil Warnock. A Cardiff win seems very unlikely, but let’s remember the axiom – never say never.

This game is critical for the Bluebirds in order to avoid relegation to the Championship next season. By contrast, our recent form has been quite impressive with an inspiring 1-1 draw against Liverpool, a disappointing 1-1 draw with Palace, a great 3-1 home win over Fulham, an unlucky loss to a powerful Manchester City outfit and a solid 2-0 home victory over Newcastle.

That’s not too bad considering the way we are portrayed as a bunch of losers, which you all know is not very fair. We shouldn’t be struggling against weaker teams as we are well known for. In good time Manuel Pellegrini will fix things to the point where next season we could finish in the top six, and perhaps even higher. We should all take note of the inspirational 4-1 win by Ajax away at Real Madrid earlier this week. How did they do that? Simply amazing.

Ultimately, long term, we should be more ambitious in our objectives. If we can get through a full season averaging two goals for and less than one against, the football historians will tell you that these statistics can be enough to win the Premier League, or will at least to finish 2nd.

Unlike my usual suggestions, I am advocating a 4-2-2-2 for the trip to Cardiff, which has been used to good effect in the German Bundesliga or, on occasion, the Brazilian national team, where the formation is referred to as the Brazilian Box.

In my selected formation (below), you see something very similar, with Lukasz Fabianski in goal and in the back four, Aaron Cresswell, Fabian Balbuena, Issa Diop and Pablo Zabaleta in the back four. Cresswell and Zabaleta are able to push forward to increase venom. 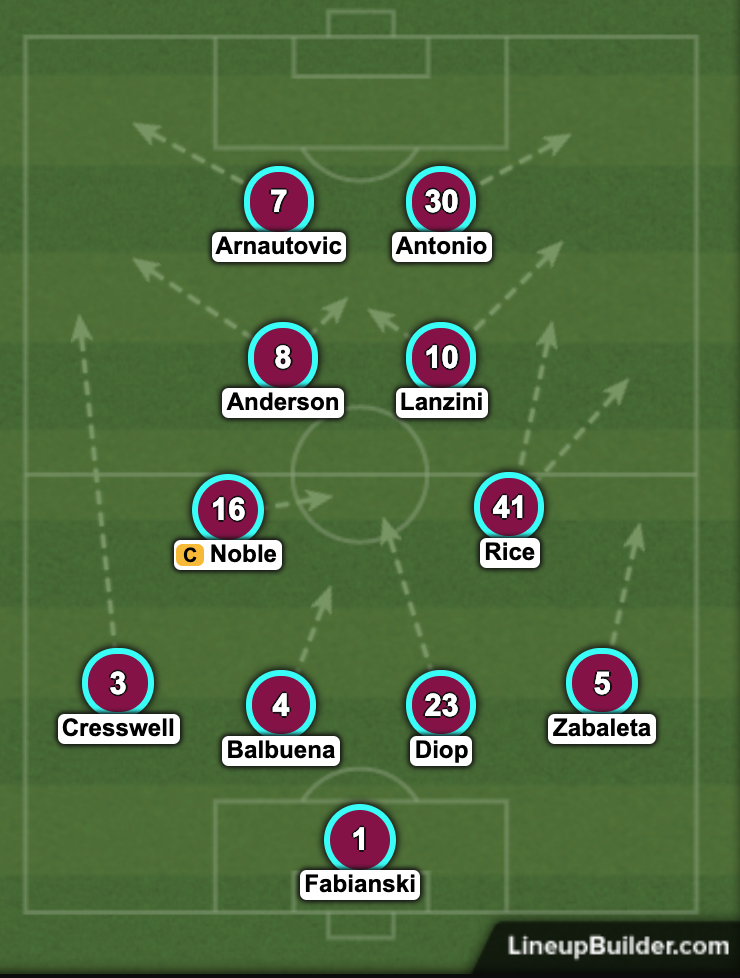 Ahead of them, we see a long but narrow rectangular structure; because of its narrowness, we end up with an overall narrow-like team formation. This increases central power in attack, but creates pockets wide and in the centre of the park. Any arrows that you may see are meant to show you that certain players should move from their original position to cover the holes. By doing so we minimise a sudden Cardiff counter-attack.

I have selected Mark Noble and Declan Rice in central midfield; they seem to have established a good working relationship together. As we move further we see Felipe Anderson and Manuel Lanzini together, two playmakers who are also very good in finishing off any moves created by players like Aaron Cresswell or Michail Antonio.

Up front, I have selected Antonio and Marko Arnautovic. Swapping Anderson with Antonio would probably work but I would like to see Anderson and Lanzini consolidate their partnership; South American dynamite  personified.

As a doctor, I feel sad giving patients the news of a bad prognosis and future ahead -always very sad business. However, I feel that the prognosis for Cardiff City is gloomy at best. If West Ham travel to Wales, with their neurones switched on, Cardiff will struggle.

Cheers and best wishes to all Hammers fans around the globe.