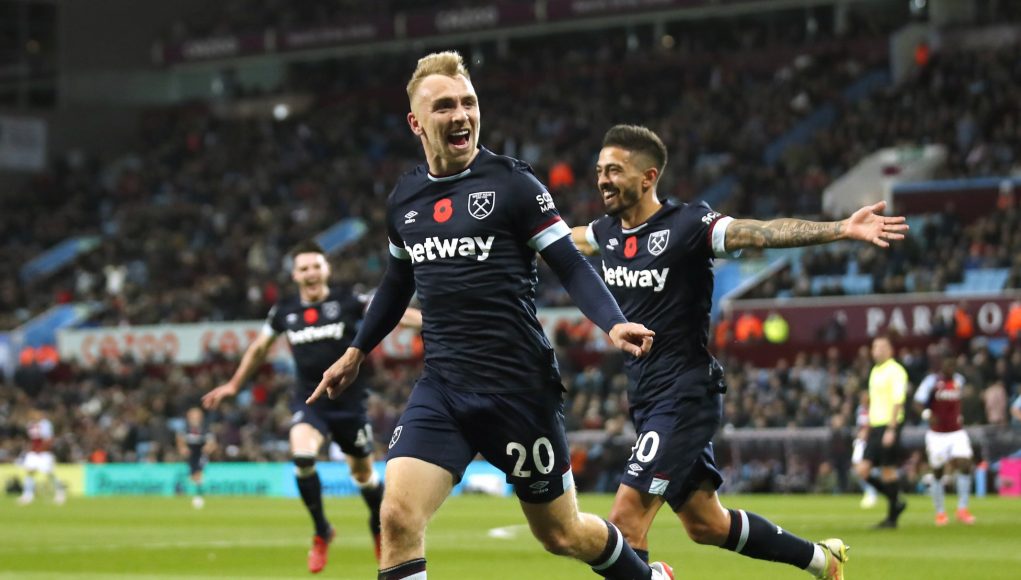 Jarrod Bowen’s superb season at West Ham continued on Sunday as he got on the scoresheet in the Hammers’ 4-1 victory over Aston Villa at Villa Park.

The 24-year-old has featured every game in all competitions so far this season and has been one of the highlights of what is fast becoming yet another historic campaign for David Moyes’ men.

Bowen scored the fourth goal in the 84th minute to put the game to bed, ensuring the Hammers went three points clear of fifth-place ahead of next weekend’s huge top-four battle against Liverpool at London Stadium.

It was a performance that deserved a goal, with the winger registering five crosses, six shots, three shots on target, two key passes and one interception before being substituted in stoppage time.

And Bowen took to Instagram shortly after the game to hail the victory and his goal, which took his season tally to three goals and three assists in 15 appearances in all competitions.

Alongside a photo of him celebrating his goal, Bowen posted: “Big 3 points again. Buzzing to get on the scoresheet. We keep going.”

And fans were quick to congratulate him with comments such as “Bowen’s on fire” and “big performance.”