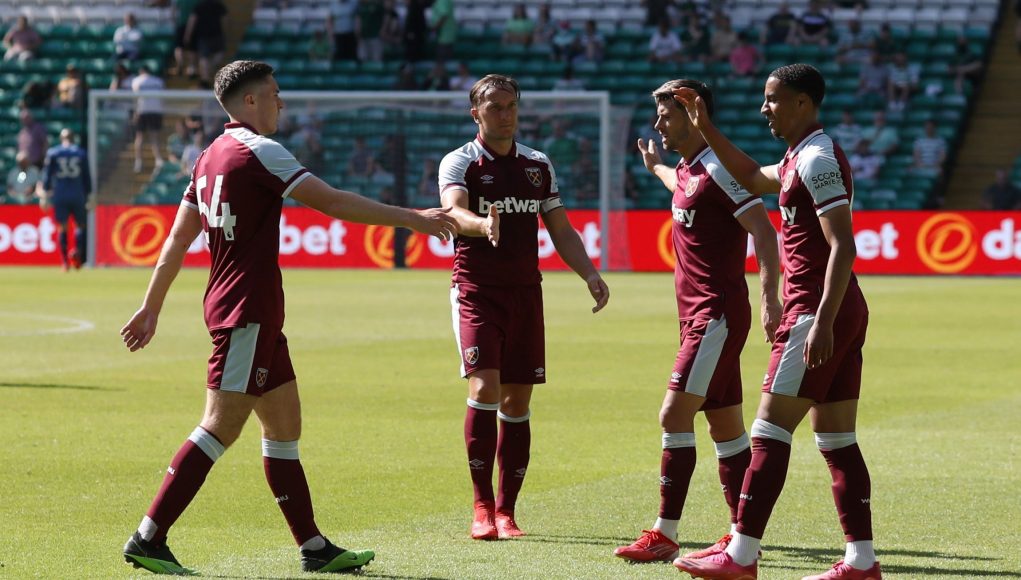 Armstrong Oko-Flex has been tipped for first-team opportunities at West Ham in the not too distant future.

The 19-year-old signed for the Hammers from Celtic last summer but while several academy players have been handed their professional debuts under David Moyes, the Irish winger still awaits his chance to prove himself on the big stage.

However, Tom Clark, West Ham correspondent at Football.London, sung Oko-Flex’s praises in an interview with the We Are West Ham Podcast this week.

Clark was in attendance as West Ham’s U23s lost to Leicester City in PL2 on Monday afternoon and was asked which of the club’s academy prospects look most likely to follow in the footsteps of the likes of Declan Rice and Ben Johnson.

And the journalist picked out the winger as one he believes “might be ready” and who “would be a better option off the bench” than Andriy Yarmolenko.

He told the We Are West Ham Podcast: “I think he might be ready, I think he would be a better option off the bench than [Andriy] Yarmolenko.

“Okoflex would’ve played in Europe but because of homegrown eligibility rules, he wasn’t included in the Europa League A squad, so when it came to that dead-rubber [against Dinamo Zagreb] he wasn’t able to get any minutes because he’s not a homegrown player.

“Okoflex I do think will do something special at some point.”

Oko-Flex joined Celtic from Arsenal in 2018, before opting to return to the capital last summer, initially on a two-year deal. In Scotland the winger made two SPL appearances for Celtic and while he is being made to wait for his Premier League bow for the Hammers, it does seem as though his time is edging nearer.

The Republic of Ireland U19 has scored 11 goals in 16 PL2 appearances for West Ham this term – including a hat-trick against Arsenal on his debut – and has been an unused substitute in six of the Hammers’ first-team fixtures in 2021/2022.