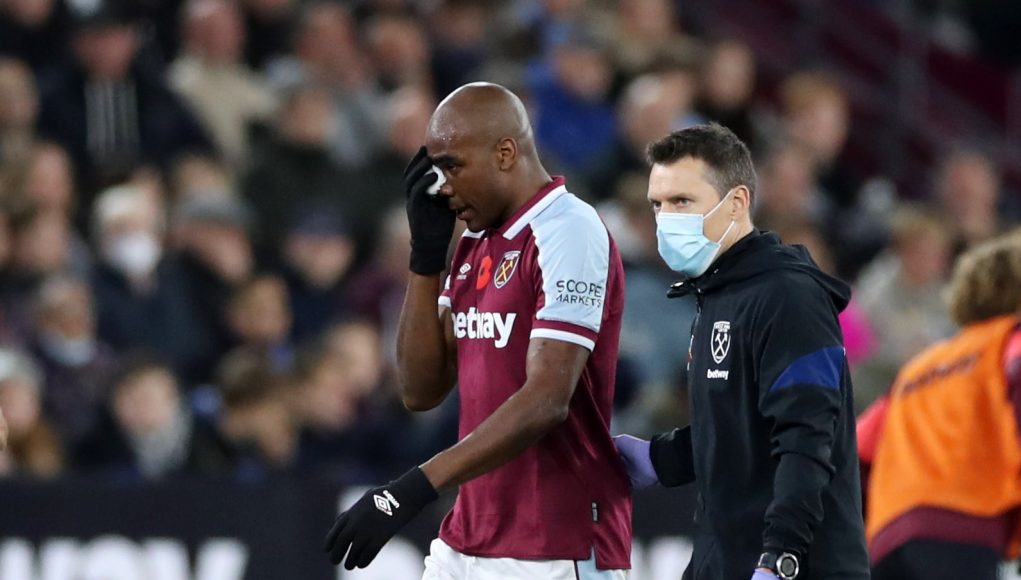 Angelo Ogbonna may have only lasted 22 minutes of West Ham’s massive 3-2 victory over Liverpool on Sunday, but the impact he had was crucial.

It was his attempts at getting on the end of Pablo Fornal’s 4th-minute corner that led to Liverpool goalkeeper Alisson punching the ball into his own net and setting the Hammers on their way to a historic victory over Jurgen Klopp’s men.

After taking an elbow to the face from Jota, Ogbonna was forced to come off with a large cut to the face, but he took to social media after the game to hail his teammates’ victory over the Reds and to thank the fans for their unwavering support.

He posted: “Beleive! Great team performance! Thanks to all the fans.”

And fans replied with comments like “what a player” and “hope your injury isn’t too serious.”