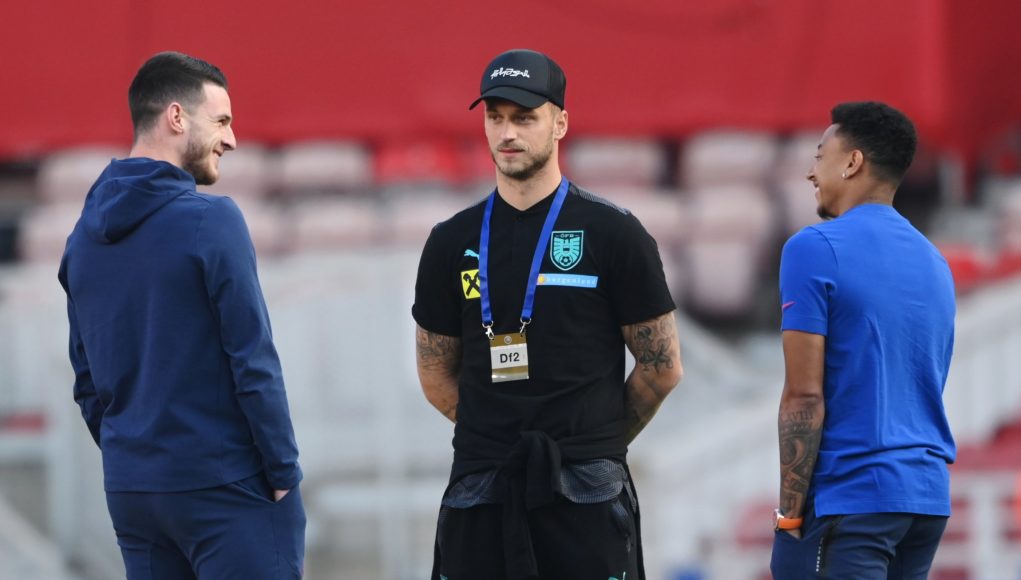 One of the more alarming transfer rumours of late has been the potential return of Marko Arnautovic.

It has been reported that he could be allowed to leave Shanghai Port this summer and David Moyes might be interested in offering him a route back to east London and the Premier League.

Given the way in which Arnautovic left the club, it wouldn’t come as a surprise to many when fans say they don’t want to see him return, although there will be some who believe he could still do a job for us, especially in the Europa League.

Regardless of all that, he’s obviously still very close with his old Hammers teammates and he was able to catch up with Declan Rice at Riverside Stadium this week, when England faced Austria in a Euros warmup fixture.

Rice posted an image of the two of them on his Instagram stories, with the caption: “Good to see you my brother! Top top guy!” 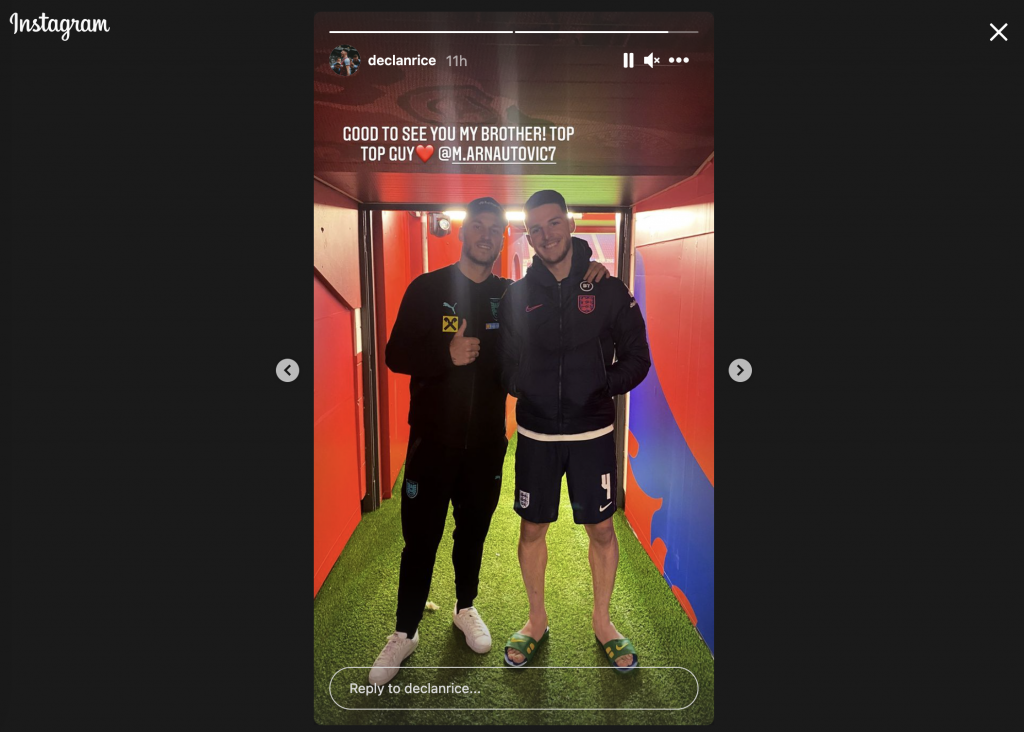 Arnautovic responded to the story by saying: “My little brother.” 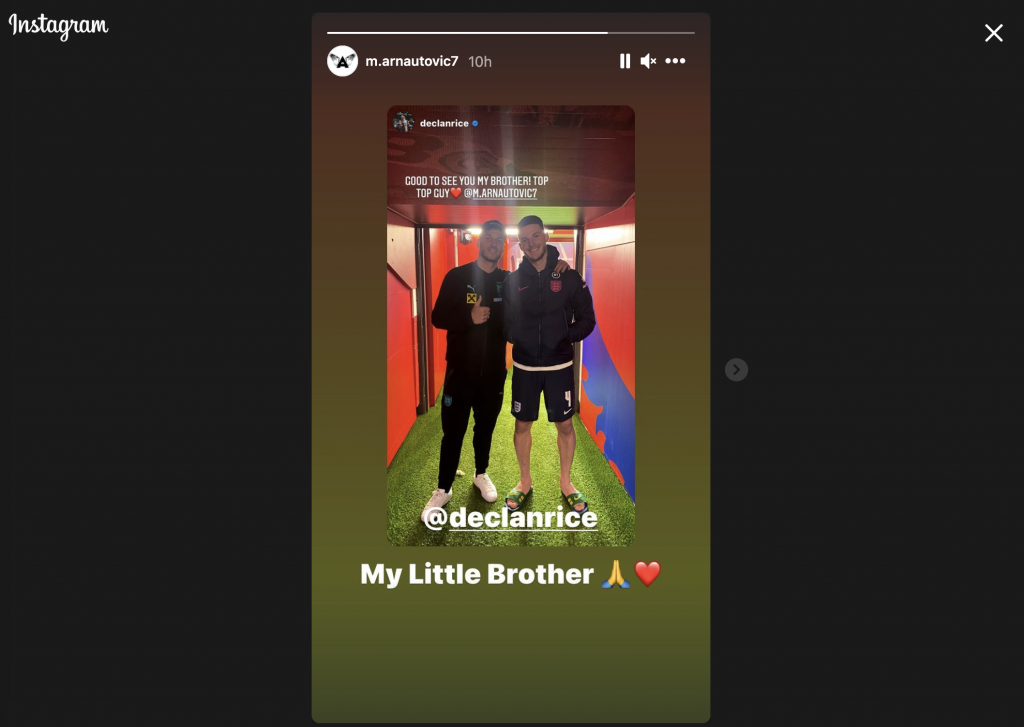 It’s nice that the two still get along, and it’s clear they and Jesse Lingard caught up before the game as well, which you can see in the featured image above.

But hopefully, this is just an innocent friendship exchange on social media after catching up, and not a hint that he’s close to a return to the club.

While the Austrian arguably played the best football of his career when David Moyes was at the club during his first spell, he no longer really fits the profile of player the manager says he’s looking for in the transfer market, so it would be a worry if a move was sanctioned for him this summer.