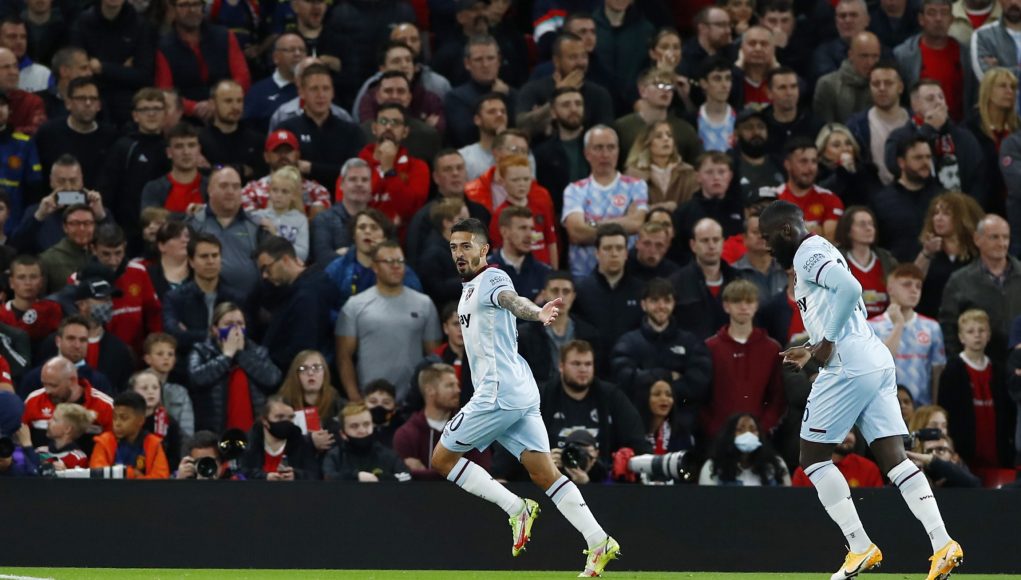 Manuel Lanzini followed in the footsteps of compatriot Carlos Tevez at Old Trafford on Wednesday night.

Before West Ham’s 1-0 Carabao Cup third-round win over Manchester United earlier this week, the Hammers hadn’t tasted victory at the ‘Theatre of Dreams’ since Tevez scored the winner on the final day of the season to help Alan Curbishley’s side complete the famous ‘Great Escape’ in May 2007.

Fourteen years later and Lanzini became the lastest Argentine to score the winner for the Hammers at Old Trafford as David Moyes’ side successfully got revenge over Ole Gunnar Solskjaer’s Red Devils following the narrow 2-1 defeat in the Premier League last weekend.

Despite no longer being a first-team player at the club, Lanzini is developing a habit of scoring important goals, with this one being his first in claret and blue since his emphatic 95th-minute equaliser in a 3-3 draw away at Tottenham eleven months ago.

And the attacking midfielder took to Instagram after the game to acknowledge the Hammers’ huge victory and progress to the Carabao Cup fourth round. He posted: “Amazing win boys, let’s go to the next round.”

And fans were quick to reply with comments like “quality as always” and “Aint nobody like Lanzini.”