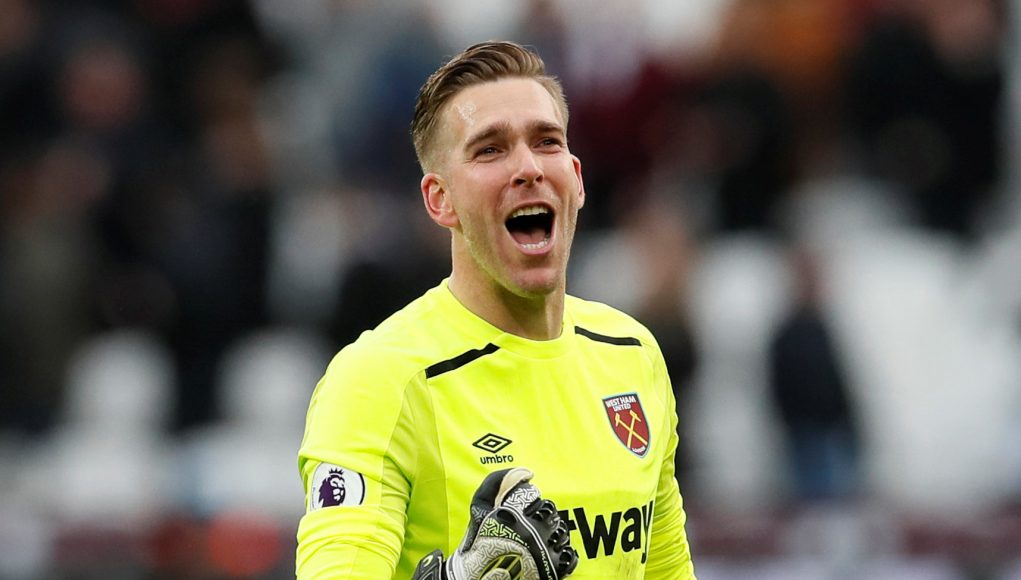 West Ham are set to hand Adrian an improved contract, according to a report in The Daily Mirror’s printed edition, dated 01/01/2018 – page 47.

The Spaniard looked almost certain to the leave the club in the near future following the arrival of Joe Hart on loan from Manchester City in the summer.

But the 30-year-old has managed to regain his spot as West Ham’s first choice shot-stopper following a string of suspect performances from Hart earlier in the season.

Since then Adrian has impressed hugely in between the sticks for the Hammers, keeping clean sheets in his three of his first four Premier League appearances of the season – two of which coming against Chelsea and Arsenal.

It is believed the goalkeeper has now done enough to convince David Moyes and the West Ham hierarchy that he is worth an improved contract, which currently runs until the summer of 2019.

Adrian – valued at £4.5m by transfermarkt.com – is a huge fan favourite and this news will be met with delight by a large proportion of West Ham supporters who idolise him.

Since signing on a free transfer from Real Betis in 2013, Adrian has kept 38 clean sheets in 132 appearances in all competitions. This season he has already kept five clean sheets in nine first-team outings.