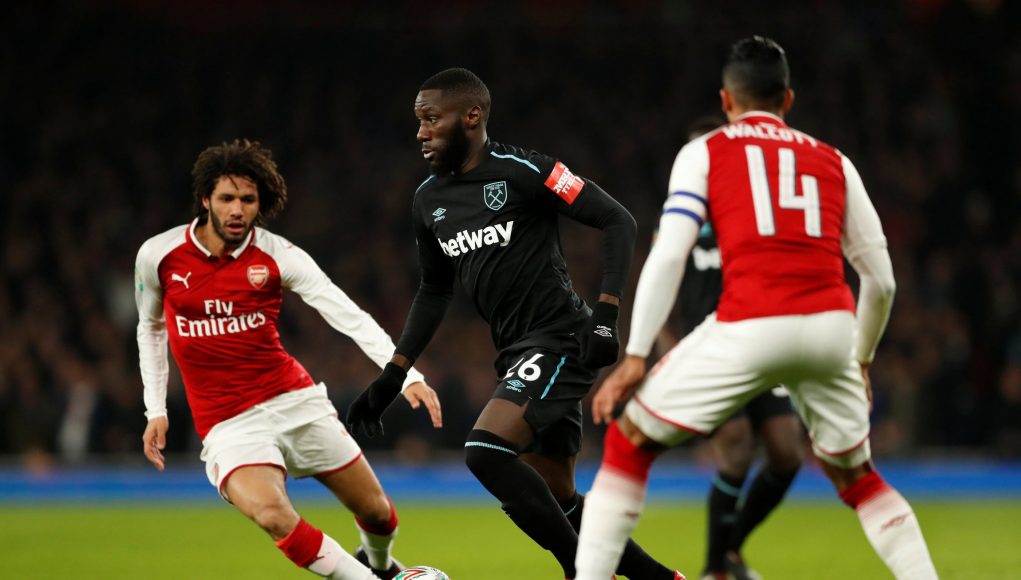 The West Ham lads travel to the Emirates today to play our old rivals, Arsenal.

There is a sense of optimism of returning home with at least a point; Arsenal do not have much to play for in terms of the Premier League and are probably more concerned about an up-coming Europa League semi-final.

The current thinking suggests that Arsene Wenger may field a relatively weak side for our upcoming game, but even so, Arsenal should always be considered a formidable opponent.

Credit must go to David Moyes, who has done a good job in arresting our terrible downward spiral. Under his strict supervision, he has resurrected Marko Arnautovic back to top form. While Arnie has proven to be a match-winner, it is a very big ask to come up with the goods week after week, especially when used as a lone striker. For that reason, I am suggesting a 3-5-2 formation, which allows for the inclusion of a second striker. 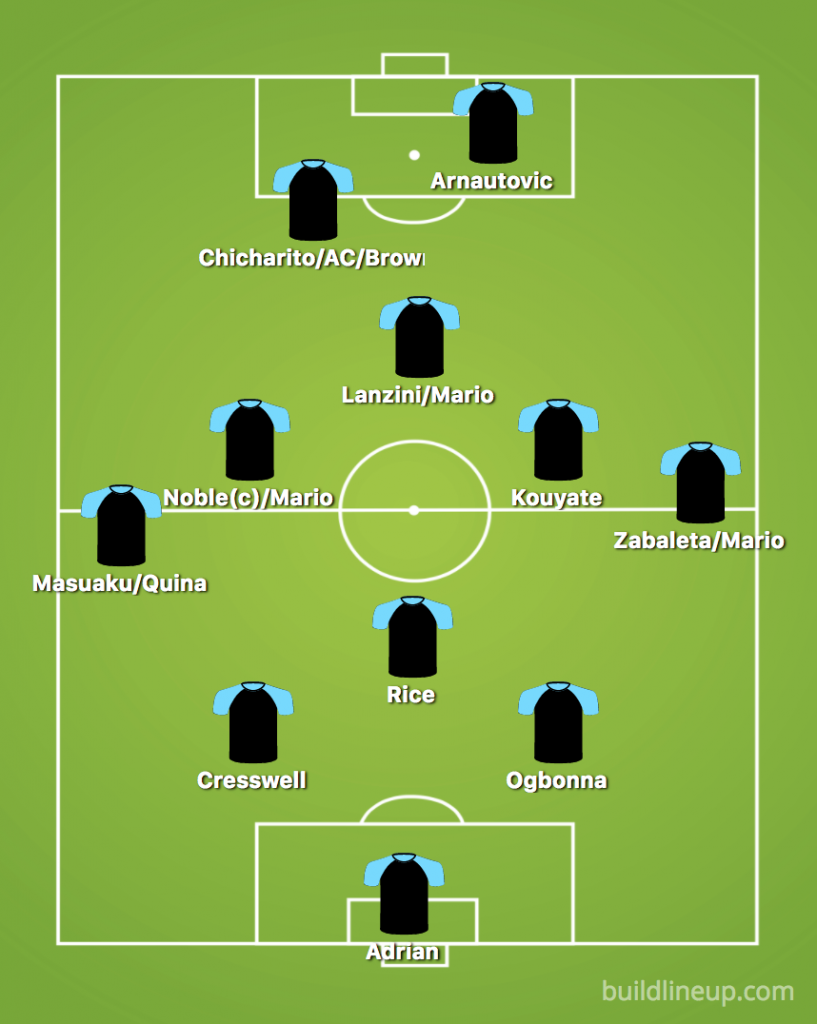 I am favouring starting with Chicharito, who is a master in finding the net from virtually any place in the penalty area. I believe this pairing, with Manu Lanzini tucked in behind as an attacking midfielder, could cause the Arsenal defence all sorts of problems. Andy Carroll and/or Marcus Browne if he makes the bench, may have vital roles to play n the last 30 minutes of the game.

I have tried my best for the allowance for Joao Mario to start the game, although it would mean the possible exclusion of another player. Why my insistence on playing Mario, I feel he plays his best when closely linked to Lanzini. For one, I think we are yet to see the very best of Mario, but you don’t get to play for Inter and Portugal if you don’t have something going for you. Bear in mind, he has had little time to adjust to the rigours of the Premier League as he settles into life at West Ham.

The rest of the midfield almost picks itself, except for the decision to play Mario from the start. Moyes may be tempted to play Lanzini out wide – sufficient experience suggests that he is most effective as a central attacking playmaker, advanced ahead of the other four midfielders; Masuaku, Noble/Mario, Kouyate, and Zabaleta.

Playing Arthur Masuaku as a wing-back or a left-sided midfielder was a minor stroke of genius on the part of the gaffer. Arthur seems to get better with every outing. Domingos Quina scored a tremendous goal in the U23 loss to Arsenal, so I have allowed for him to play a possible role in this particular game.

I have picked a formation where the two wing-backs start out relatively deep, but coach Moyes has the option to push one or both players further upfield. It wasn’t too long ago that a young Reece Oxford played a brilliant game in our famous away win against Arsenal, shutting out Mesut Ozil in the process.

The back three almost picks itself, with Cresswell, Rice, and Ogbonna to start. At the time of writing, there has been a scare concerning Angelo Ogbonna, with an apparent flare-up of patellar tendinitis. In particular, young Declan Rice is only 18, has been playing like a mature quality centre-back/midfielder etc. Another Booby Moore in the making? Guys like the great Bobby Moore don’t come around on a regular basis, but there is so much about young Rice to make you realise his potential to re-write the history books.

Adrian back in goal, please!

For this game, as for all games, we must start off looking to settle in during the early stages of the game. Players running with the ball, players running off the ball. It is imperative that we strive to gain the all important initiative, and then keeping any momentum gained. No long balls to Arnautovic please, particularly from the start. I suspect the Gunners may be expecting this from us. The days of BFS are well behind us.

This is also an appropriate time to mention, and congratulate, Terry Westley and our brilliant U23’s. These young lads have been playing open, fast, attacking football reminiscent of the very best of total football that came out of and continues at Ajax Amsterdam. Westley surely deserves a special honour at the end of the season. Common sense suggests that we offer all these guys new, improved contracts in the summer.

Together with our current first team squad, many of these players will soon be playing first team football, which is reason for optimism after a very nail-biting season. We honestly need somewhere between £200-250m to bring in the 4-6 players we desperately need for next season. I am quoting directly from the great Arsenal goalie, Bob Wilson, who picked this figure as a requirement in the modern era of Premier League football.

I have heard rumours that David Moyes (assuming he stays on) will be given somewhere between £65-80m for summer signings. Believe it or not, there are some of our wisest heads who are suggesting this would be enough. C’mon guys, let’s get serious!

I will put my head on the proverbial chopping block in predicting an upset – away win at the Emirates!