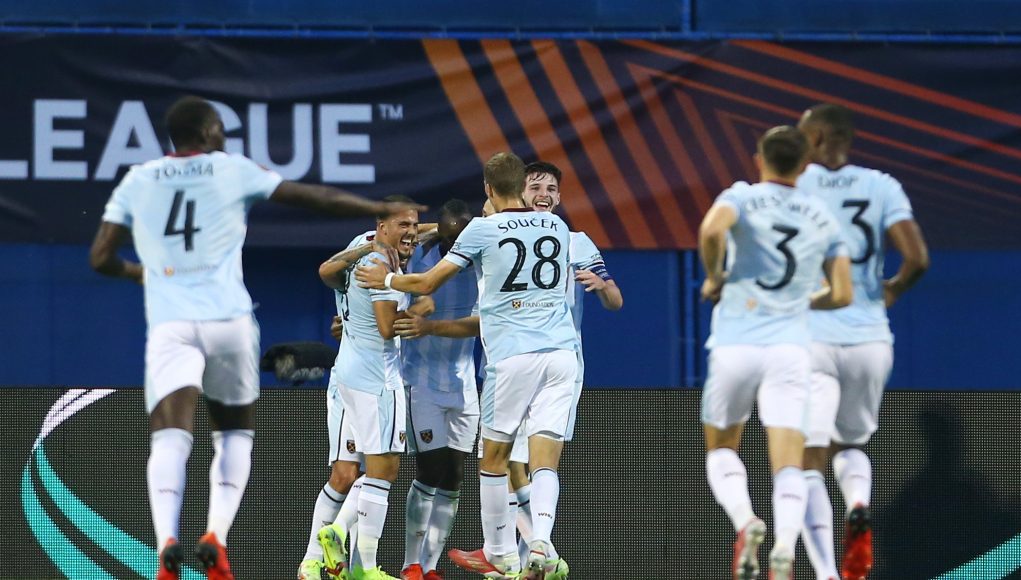 But while the Hammers go into this game high on confidence after losing just once in their last 11 outings in all competitions and recording back-to-back away victories over Manchester United and Leeds United, their Austrian counterparts are looking to arrest a poor run of form.

Dietmar Kuhbauer’s side currently sit second from bottom in the Austrian Bundesliga having won just two of their opening nine league outings this term, losing each of their last three.

The 32-time champions of Austria, who are currently on a run of 13 years without a league title, also lost their Europa League opener against Genk a fortnight ago.

With both teams in very constrasting stages of their respective histories, it’s little wonder the Hammers have been placed as favourites to take maximum points once again on Thursday.

And Austrian football expert, Tom Middler, from The Other Bundesliga Podcast, this week told the We Are West Ham Podcast that while it will be a huge and historic occasion at London Stadium, the task facing Rapid Wien is “massive” and that it wouldn’t be a surprise to see the Hammers run out as comfortable winners.

He said: “It’s going to be a very difficult one, Rapid are up against it massively here, there’s no doubt about that.

“For Rapid it’s going to be great to be a part of that to be honest, it’s going to be a fantastic occasion for them but, at the same time, it means West Ham are going to be really, really on it. It’s going to be one of those special occasions that I think is going to just add an extra layer of difficulty for Rapid, who are no strangers to a big crowd.

“They’re the most well-supported club in Austria, they’ve got a great stadium and a really great fanbase here, so they’ll be taking plenty of away fans if that’s possible with the travel regulations at the moment.

“But it’s going to be a massive task for them. I think the problem with the slump that they’re in at the moment is that, in normal circumstances, getting beaten away at West Ham wouldn’t really be a big deal but it’s a difficult challenge for the manager and for the players this time because, if they do get beaten three or four-nil, which wouldn’t be a huge surprise in fairness for Rapid, if they give a lifeless performance like that, it could have consequences for the manager.

“He’s under probably the most pressure that he’s been under since the very beginning of his reign here so it’s a difficult proposition now to go away to West Ham and I think, if Rapid do lose this one, they need to be at least keeping the fans happy with a kind of battling display.

“This West Ham side is a very clinical side. If you think back to the win against Dinamo Zagreb, it was very comfortable and very professional, wasn’t it? So I feel like it could be a lot of struggles for Rapid over the 90 minutes.”