Some of the more recent statistics around imply that West Ham do not possess the grit required to maintain their top-flight status for years to come, and the starkest amongst them is the tendency to go on winless runs – the very type that saw West Ham teams plummet in 2003 and 2011.

Second Half Slumps a Regular Fault

Though West Ham were victorious against Southampton at the end of February, the win came after an eight-match winless run across all competitions. That winless run had caused West Ham’s relegation buy/sell price within Sporting Index fixed odds markets to rise, reflecting a growing sense of belief that the Hammers’ luck, such as it manifests, may run out eventually.

That run had also witnessed West Ham keep no clean sheets and concede at least twice on five occasions. Significantly, a majority of the goals conceded prior to the win over Southampton had come after the break.

Alarmingly, that winless run had also seen the Hammers score first in all but one of their four preceding home league games, but mostly fail to hold out thereafter. Overall, prior to the Southampton win, West Ham had conceded 68% of the league goals scored against them at the London Stadium in the second half.

Away from the London Stadium, meanwhile, West Ham’s somewhat unfortunate defeat at Arsenal on 7 March marked their fifth consecutive reverse on the road. All but one of them had seen West Ham concede the decisive losing goal beyond the break – and within the final half-hour of play on the last three such occasions.

Creating ‘own luck’ Key to Survival

For all the spending former Hammers boss Manuel Pellegrini did, it speaks volumes when the most committed player on the pitch in recent times is the young Jeremy Ngakia. The homegrown Hammer’s work ethic has put to shame many of his senior peers, but he alone cannot possibly be expected to keep the club afloat on his own.

With David Moyes now at the helm, there is a proven firefighter on the touchline, but even this proverbial fire will not die quickly. What the Hammers ultimately need is someone with the guts to make an early statement, which would enable Moyes to play to his strongest managerial suit, namely grinding out results.

Remarkably, Jarrod Bowen’s opening strike against Southampton marked the first time any goal had been scored or conceded inside the opening 15 minutes of a league game at the London Stadium in 2019/20. This betrays both a desire to enact a typically conservative Moyes game plan, but also a reluctance to take risks and an overall lack of bravery in the final third.

Any team that lacks the ability to hit hard and fast from the outset is asking for trouble. There were, admittedly, shades of this in the second half of West Ham’s admirable 3-2 defeat at Anfield back in February. Sadly, for the Hammers, it does not appear often enough, thanks much to West Ham having no discernible target up front other than Sebastian Haller.

A very fruitful start has given way to a frustrating season for the Frenchman, who would have seen 2019/20 as a springboard for inclusion in France’s Euro 2020 squad. Though seen by a significant number as an irritating ‘confidence’ player who cannot escape poor patches when the situation sorely demands, Haller needs support like never before from his midfield peers.

In mitigation, the absence of Andriy Yarmolenko has been an issue, as has Jack Wilshere’s near-relentless struggles with injury. Though Wilshere enjoyed his best years at Arsenal, he still offers greater diversity when deployed alongside Mark Noble, but there remains a lack of surprising elements within West Ham’s play.

No Fate but What the Hammers Make

Ultimately, it seems to be not a question of whether West Ham’s luck has run out, but rather if they have lost the ability to create their own luck. As seen in their spirited performances at Arsenal and Liverpool, the Hammers have some fight left in them.

David Moyes has been here before, both literally and metaphorically. His earlier exploits with Everton in the 2000s, though attained in a ‘bygone’ era, remain a source of hope for those Hammers fans who believe he can get keep them in the top-flight for many years. 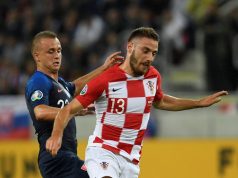 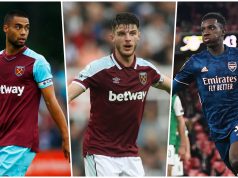 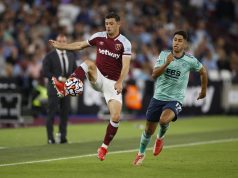