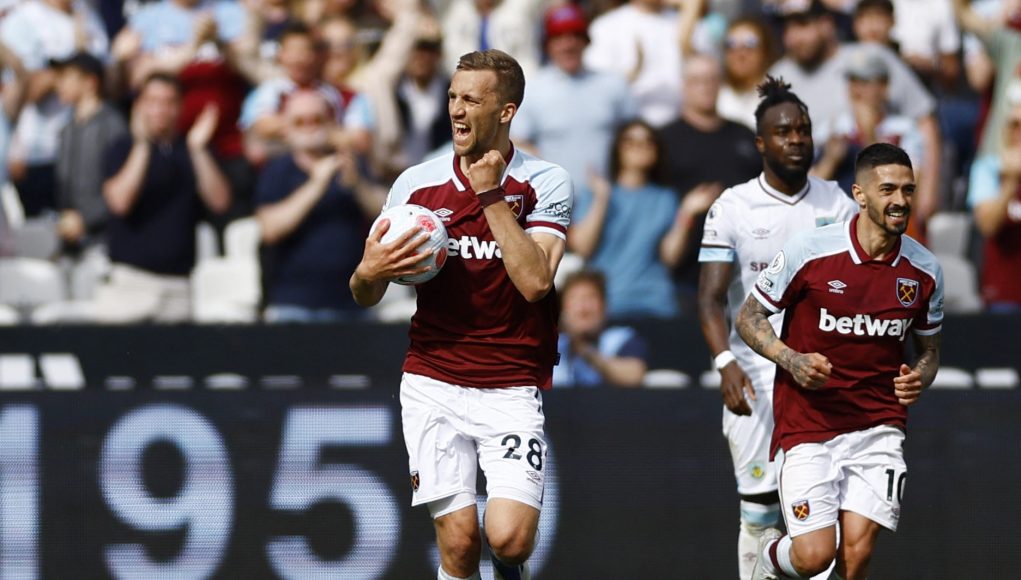 The Czech Republic midfielder has been one of the biggest bargains in the Premier League over the last two years, having scored 19 goals in 102 first-team appearances since his £15m switch from Slavia Prague.

Soucek, valued at £40.5m by transfermarkt.com, is now one of the deadliest ariel threats in the division, with seven of his 19 goals coming with his head and one other coming via his chest.

The relationship he and Declan Rice have developed since his arrival in east London has also been well documented, with both of them now a notorious midfield pairing which has been one of the key catalysts to the Hammers’ rise from relegation candidates to Europa League semi-finalists and top-six regulars.

So it’s no real surprise that the 27-year-old is attracting interest from a club like Tottenham, who are in need of midfield reinforcements this summer.

According to Tottenham fan account, Last Word On Spurs on Twitter, which cites The Express as the original source of the transfer rumour, Spurs manager Antonio Conte is a “huge admirer” of Soucek and that the club is “currently watching his contract developments, with a view to a potential summer transfer.”

Soucek’s West Ham contract expires in June 2024 so, with just over two years remaining on his current deal, it wouldn’t be a surprise if both he and the club will be looking into either negotiating fresh terms. Given Soucek is reportedly on around £67k-a-week, you would have to expect the midfielder and his representatives to be looking for a significant pay rise given the influence he’s had on the Hammers’ success over the last two seasons.

There are currently six players in the first-team who earn more than he does, including squad player Andriy Yarmolenko, who is on £115k-a-week, and Jarrod Bowen (£96k-a-week), who arrived in the same January transfer window as Soucek in 2020. 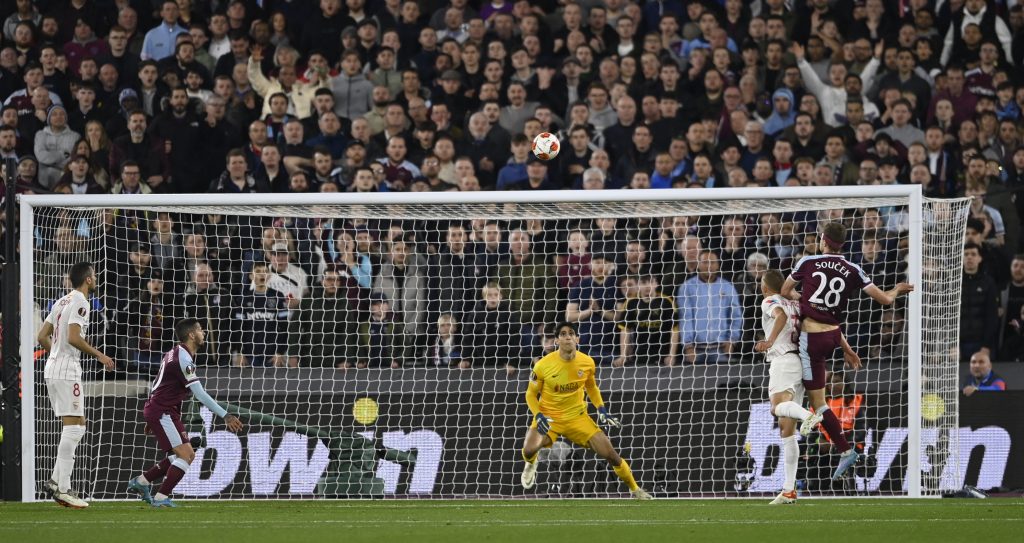 Therefore, Spurs would be right to keep a close eye on Soucek’s contract situation in east London before considering a move.

A lot will be riding on what European competition West Ham are playing in next season, as well as where Spurs will be competing.

If West Ham fail to win the Europa League this month and have to subsequently settle for a Europa League or Europa Conference qualification then that might cause David Moyes problems when it comes to convincing his top players to remain at the club while there is interest from so-called ‘bigger clubs’, especially if Spurs beat Arsenal to a top-four finish this month.

It’s almost inconceivable that a player like Soucek would leave us for Spurs – he seems too nice and too loyal to do something like that – but you just never know these days, do you?