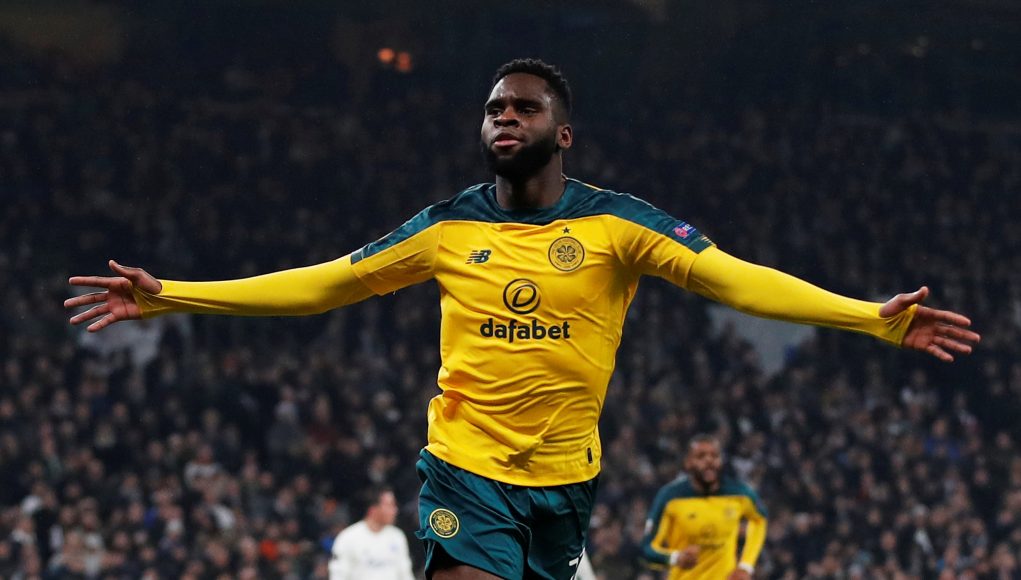 David Moyes may have received a welcome boost in his summer search for a striker.

As Leicester City reportedly close in on the signing of Redbull Salzburg striker Patson Daka, it means their move to bring Celtic’s Odsonne Edouard to the Premier League has collapsed.

This is according to Football Insider, who claim that West Ham are now weighing up a move for the 23-year-old forward, having already missed out on a move for Daka.

Moyes needs to sign a striker this summer due to Michail Antonio’s struggles to remain for long periods and as he doesn’t have an actual striker to call upon in his absence. Jarrod Bowen and Andriy Yarmolenko are capable of playing upfront themselves but the absence of a natural front man cost us on a number of occasions in the 2020/21.

So the fact Edouard is not available again might be welcome news for Moyes. The striker’s record for Celtic over the last four years has been sensational, scoring 83 goals and assisting 37 in 168 first team appearances.

The France U21 international has hit more than 20 goals in each of his last three seasons and also has a proven record in Europe, registering 15 goals and six assists in 36 Europa League and Champions League outings for Celtic, which is a huge positive as we prepare to compete in the Europa League group stages for the first-ever time next term.

So Edouard is a proven goalscorer, both domestically and on the continent, and would no doubt provide Moyes with a very interesting attacking option to feed off the likes of Jarrod Bowen, Said Benrahma, Pablo Fornals and, hopefully, Jesse Lingard next season.

It’s believed the striker could be available for as little as £10m this summer and if that’s the case, this is a deal Moyes and the board should see as a relatively risk-free move. Patson Daka may have cost at least three times that amount, while most top strikers in Europe aren’t cheap at the best of times.

The opportunity to sign a proven goalscorer with 120 goal involvements over the last four years. – that’s 30 goal involvements-a-season since joining Celtic in 2017 – should be a bargain that’s too good to ignore, and Moyes must move quickly before other clubs act.