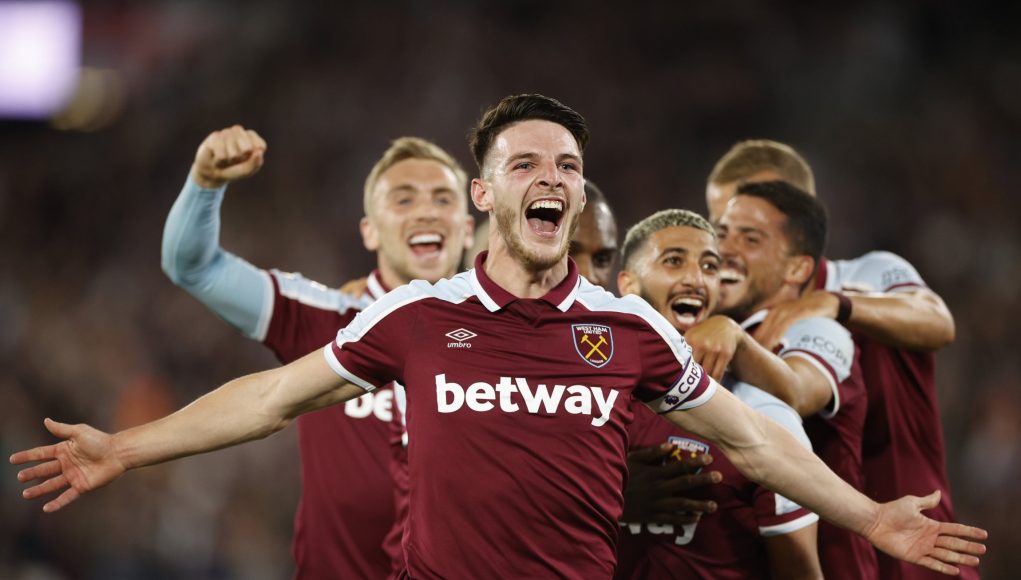 West Ham are in talks with Declan Rice over an improved contract, according to journalist Ekrem Konur.

Rice has been the subject of increased transfer speculation for the best part of 18 months as he continues to develop into one of the best defensive midfielders in world football.

The 22-year-old was heavily linked with moves to Chelsea, Man United and, at one stage, Man City over the course of the summer transfer window but West Ham never received an official bid from any club for his services.

It means West Ham now have a chance to tie Rice down to an improved deal before the winter transfer window opens in order to protect his value but to also give him deserved parity with the highest-paid players at London Stadium, and Konur has been reporting that the club has now opened contract negotiations with the midfielder.

In one tweet, the journalist even suggests West Ham want to include a £120m release clause into his contract, which is around £20m more than what West Ham had reportedly valued him at throughout the summer.

It’s widely accepted that it’s only a matter of time before Rice’s West Ham career is brought to an end, such is his rapid development and continued impressive performances both in the Premier League and for England.

With West Ham not competing consistently for silverware and currently not playing in the Champions League, it is becoming harder and harder to convince a player of Rice’s calibre to remain in east London.

And 90min have reported this week that the midfielder fully expects to leave the club next summer, with Man United, Man City, Chelsea and Liverpool all reportedly interested in making a move for him when the time is right.